Nouns can help solve world water issues, educate youth, and spread the Nouns word on World Water Day by being the headlining sponsor for the MakeWater.org nonprofit #MakeWaterPossible competition! MakeWater is asking for a contribution of 8.8 ETH (approx $13,500) via Endaoment to make this happen.

Last June Lil Nouns funded prop 16 to provide 3,000 water purification educational kits for students via the MakeWater.org nonprofit. Lil Nouns DAO
The climate crisis can leave youth feeling overwhelmed and the MakeWater.org nonprofit offers a way to be a citizen scientist and changemaker. World Water Day is coming and we want to step it up with a Nouns sponsored #MakeWaterPossible nationwide competition. Students will be challenged to tinker, innovate, and become citizen scientists with our educational water purification kits. We can utilize our existing inventory of Lil Nouns sponsored kits to distribute for this event. This is a perfect way to introduce students to STEM skills, possible career paths, and learn about Web3 via Nouns.
Launching on March 22nd students will compete by tackling a predetermined water kit challenge. Winners will be announced and rewarded with prizes such as 3D printers for their school or classroom. Participants will be given a POAP as another way to learn about web3.

Funds will go towards building the #MakeWaterPossible challenge web portal via notion, social media campaign, graphics, videos, and national competition coordination. We have other sponsors already helping with kit distribution, prizes, and

Let’s #MakeWaterPossible with the Nouns! 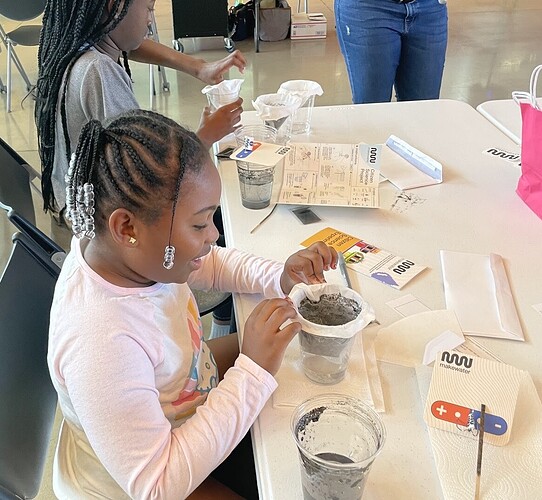 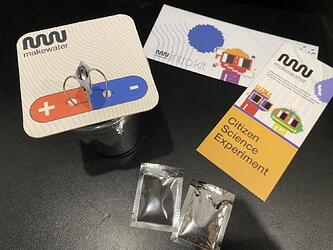 My name is Ryan Beltrán aka TriggityTron founder of Elequa AKA MakeWater and for the past 6 years I’ve worked with thousands of students all over the world to collaboratively innovate DIY water purification. During Covid we pivoted from arduino kits to simple purification kits that could be sent in an envelope to individual students. This allowed us to grow exponentially even during tough times. MakeWater. is a 501(c)(3) nonprofit organization with a mission “to empower students who want to make a difference in the world by giving them the tools and education to tackle real-world water issues collaboratively.” The MakeWater kits are packaged in partnership with the Lighthouse for the Blind a nonprofit that gives jobs to people with disabilities. Using a unique blend of STEM education principles, experiential learning modules, and teamwork, MakeWater prepares K-12 students to contribute knowledge and solutions that make real-world differences, and enter STEM fields as citizen scientists, innovative thinkers, and inspired change agents.
Lil Nouns Prop 16 to provide 3,000 water purification educational kits for students via the MakeWater nonprofit. After successfully passing the vote from the Lil Nouns Dao we went to work. We spent 2022 building out our infrastructure for logging citizen science data, finalizing our new kit design as well as developing two video guided curriculum sets for elementary and middle/high schools. Our new website launched with more features to come in 2023. 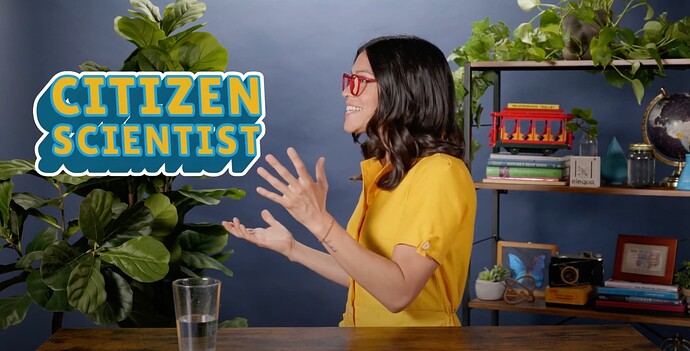 We also had our first Lil Noun MakeWater workshop in collaboration with Black Girls Code. So all the components are in place to jump into action in 2023. Our first big event will be our #MakeWaterPossible World Water Day competition for which we are seeking a sponsorship from the Nouns!

Nouns and MakeWater both have an ethos for open source and innovating and we believe it would make for an amazing collaboration for years to come.

Here is a MakeWater kit purifying water via electrocoagulation gif.

I’m here if you have any questions about this prop! Would love to hear your feedback.

I’m so stoked for this prop.

When I initially read about your work I knew we would eventually cross virtual paths. First off, not a large ask, and you’re using the Endaoment tool which to me immediately looks like you’re a certified Non-Profit. Will definitely be coming back to this tool myself and sharing it with other Non-Profits I know.

So stoked that you have remaining water purification kits! It’s also so awesome how you’ve integrated education into the work that you’re doing. Here in Alaska there are similar opportunities while you’re young to learn STEM skills in hands on ways, and I think they connect with students in very meaningful ways.

Interested to hear more about the water kit challenge itself! Your emphasis on “solutions that make real-world differences” is driven home in your prop and I personally see this as both a public good prop that is building skills and expertise in communities while connecting people with valuable water filtration tools and knowledge, and a charitable prop that is doing such without the expectation of return.

I think your prop is a model for future props that want to work in the IRL public good/charitable realm, and I will vote FOR on this prop.

Thanks lil! The challenge/competition is something we used to do pre covid with our code-able arduino kits. We try and match educators and students with a challenge that matches something they are passionate about. They then apply their passion towards advancing the kit, curriculum, or community in some way. It can be as strait forward as water testing to hardware tinkering to making videos or photos.

As we grew the nonprofit we also learned more about web3 and realized the MakeWater program could be a great tool for onboarding students and educators. So that is one reason I see the Nouns community as a great fit. Also I just made this new video that I want to share on this thread.

I’ve been following TriggityTron for a while now, and have seen him continue to deliver. I’m excited for this next chapter and support this effort! Really pumped for this public good IRL to help proliferate the Lil Nouns/Nouns ecosystem!

Nouns is the future and I see a proposal has a target for the next generation,
I totally love to see that done.

your program is well explained, and the fund that you need for that is 100% reasonable.
I like to know how many individuals/students you are covering in general,
also can we see more nounish visual identity in the videos ?

all I see value,
well done and good luck.

I like to know how many individuals/students you are covering in general,
also can we see more nounish visual identity in the videos ?

I am a filmmaker at heart and there will be videos surrounding this event before during and after with the livestream awards. I want to include more nounish content. We have a graphic designer working on some MakeWater / Nounish characters that I’m excited about. Here is an initial concept. The noggles aren’t right just yet. 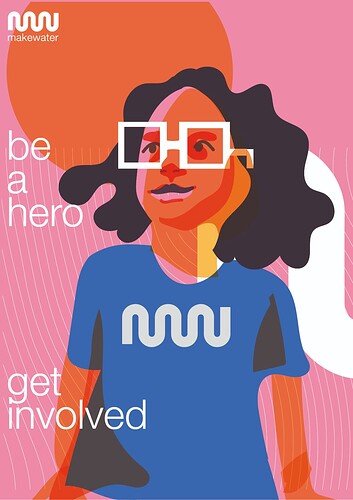 Also we are collaborating with the FOODNOUNs that see a huge benefit and crossover between the need for water to make Food. Check out our recent The Noun Square space interview I did with them. https://twitter.com/thenounsquare/status/1620950347228258305?s=20&t=VhdbjLHksej_8V66uMC8uA

How many students do we aim to reach ?
Last year during a building and not workshop focused year we gave out over 2,500 water kits. This year we aim to triple that, and also reach others that don’t get a kit but learn about our program via social media videos.