I propose to create a 2D animation series about Noun avatars bringing Nouns to life as they interact with one another as animated characters in an intriguing story.

Ever since I came across the Nouns project and the community, I fell involve with the passion and the creativity brought into the ecosystem by so many artists and I instantly wanted to join in and share some of my creative skills.

Nouns are awesome but what I believe would make them even more awesome is an animated series that brings Noun characters to life making people engage and familiarise more with Nouns in a more interactive way.

In this project we will be paying very close attention to each and every Noun minted building their character bible and giving each and every one of them profiles as they play roles in this animation series.

The working titles for project are: “Battle for Nounia”, “The Mystical Orb”

4 Celestial beings (Omon, Prope, Stract, & Crete) otherwise known as the guardians of the cosmos all came together and decided to create the planet “Nounia”. On seeing the beautiful work they had done, they formed Nounians, An intelligent species who were designed to rule over all of Nounia. But there in the shadows lived an ancient adversary known as “Nant” the world destroyer who vowed to destroy all of the celestials work and has legions of minions under his command. The celestials knowing this hid a magical orb somewhere in Nounia with mystical powers strong enough to protect Nounia. With Nant’s minion scouts searching tirelessly for the hidden location of the orb, will the chosen Nounians be able to defend their planet and defeat Nant.

My team and I would create and scrutinise the scripting with its dialogues before proceeding to story boarding, design, animation, grading with compositing, voice-over which would feature voice-over actors here in Africa, and lastly, sound design. 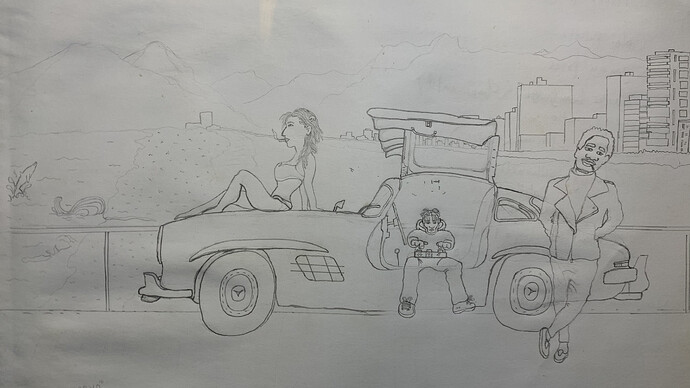 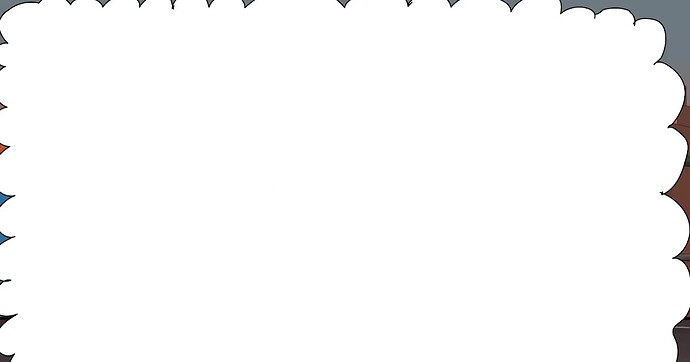 We intend uploading the series to a dedicated Youtube channel on a weekly bases post its launch.

Audience:
Created for all age groups from 10 years old and above

If executed, we intend creating 7 episodes which make season 1

Time frame: 4 - 5 months with a start date not to exceed March 10th

We are requesting 25 ETH

Hello, Nouners.
Here is the Teaser video for this project, Thanks.

Hello, Nouners
We would like to create a 20 to 40 secs pilot clip of the “Battle for Nounia” cartoon to share with the community for feedbacks and thoughts. We are requesting 7 ETH from the total of 25 ETH to create this pilot.

There’s 2 animators and 1 filmmaker, with the previous estimates we can roughly define 3K monthly as the salary cost. Adding a 20% for other expenses such as software and other expenses, we reach 3.6K USD per month which, at the time of your post was is equivalent to 2.6 ETH per month.

Lastly, if we multiply that by 5 months which is the maximum estimate we end up with 13 ETH. All calculations were rounded up higher. Overall, i am not able to find why 25 ETH is needed for this proposal.

Would you be kind to expend please?

Edit: This was hidden for being "flagged as spam: the community feels it is an advertisement, something that is overly promotional in nature instead of being useful or relevant to the topic as expected.

There was no advertisement in my comment, it was genuine questioning regarding the cost breakdown of the project.

Thanks for the question @Usamaro let me give further breakdown.
So I and my team posted here are the frontiers of the project. We have several other people that are going to be working with us when we start production.
We have additional 3 animators, a producer and we are also going to be hiring voice over actors

to come over to the studio to play roles as I stated in the proposal. And also your data gotten from the salary explorer is inaccurate, most creatives over here work more on contract bases, and their monthly income varies. They could earn $1000 sometimes, some times less and sometimes even way more compared to animators in the US who has a fixed income of about $1000 to $2000 weekly trust me a lot was put into consideration before providing a budget as our main priority is to create and prove to the community that we can produce great content from Africa. So for this animation series, alot has been budgeted down for accurately. Shockingly, we may most likely be spending more as the power situation in Nigeria is still a challenge and we’ll be running on alternative power supply through out the length of production.
Thank you.
I hope that answers your questions….

o for this animation series, alot has been budgeted down for accurately. Shockingly, we may most likely be spending more as the power situation in Nigeria is still a challenge and we’ll be running on alternative power supply through out the length of production.
Thank you.

Thank you very much for your quick reply. I definitely think that NounsDAO proposals should be more detailed on the cost breakdown but this is my personal opinion and isn’t mandatory.

If you do have costs broken down it would be awesome if you can share. (Also for my first comment I used the official exchange rate between NGR and USD, not the black market one which is roughly 2x more USD per NGR).

This comment was flagged as : " inappropriate: the community feels it is offensive, abusive, to be hateful conduct or a violation of our community guidelines."

I am African myself, I’m only asking for details regarding costs. The mention of the exchange rate from the black market is sourced from this Small Grants proposal: Small Grants: NOUNNOUN, Nounish Christmas Meal - #3 by Abimbola

Thanks for your reservations.
Black market or International rate, costs are still running at the same expense just now in more Naira but not entirely more in Dollars. I believe there are some other animation projects on the forum you’d like to share comments especially ones demanding 2x the budget for this project for 2 minutes videos. We are however not undervaluing ourselves as Africans in anyway but rather seizing the opportunity in creating something iconic because thats what we do best and what we will be remembered for.

The budget is clearly shared above in the proposal, if you are currently in Lagos @Usamaro please do visit to see more details on our operational cost if project is executed. Thanks.

We are requesting 25 ETH

Hey Hawwal, I apologize if I gave you the feeling I was being harsh. I am also African but minimising costs should be a priority for the Nouns DAO, regardless of the country of production, especially since I see Nouns as a public good.

My criticism for the lack of cost details goes for many proposals, even some that passed successfully. Thank you again for your time and consideration

Hey Hawwal- love the works you have done and the excitement for this proposal concept!

I think with things like this, within Nouns, it’s best to take baby steps. I’d recommend asking for a few ETH to bootstrap the story and concept via static images (create a comic book or a storyboard or even a full radio play + animatic?).

The main thing you can convey with this is the story and what the final product has the potential to be. Currently, there are not a lot of experts in Nouns that can understand all of the things it takes to make a fully fleshed out cartoon and this is likely a better way to convey the product so there is an “ah ha” moment and they understand what the funds are being used to create, i.e. have a better understanding of what the final piece can be.

Thanks so much for the feedback. I really appreciate it. How can I request a few ETH so I could create a 30-40 secs pilot so the community could see? I made a request in the comment earlier I wasn’t able to re-edit the main proposal.

Hello, Nouners We would like to create a 20 to 40 secs pilot clip of the “Battle for Nounia” cartoon to share with the community for feedbacks and thoughts. We are requesting 7 ETH from the total of 25 ETH to create this pilot. Timeline: 2 weeks. Thanks.