After a successful execution of proposal 139, Noun Sounds will build upon it’s current momentum by furthering the build of the platform and introduce a music pod.

Over a 6 month period, our goal is to onboard and empower musicians, build upon the existing Noun Sounds platform, create a DAO structure and develop new systems for musicians and music lovers to create, share and participate in Noun Sounds- building a self-sustaining community around all things music.

From January-June 2023, Noun Sounds Pod will:

One of our top initiatives is to empower musicians through funding and community building. Our initial conversations include: 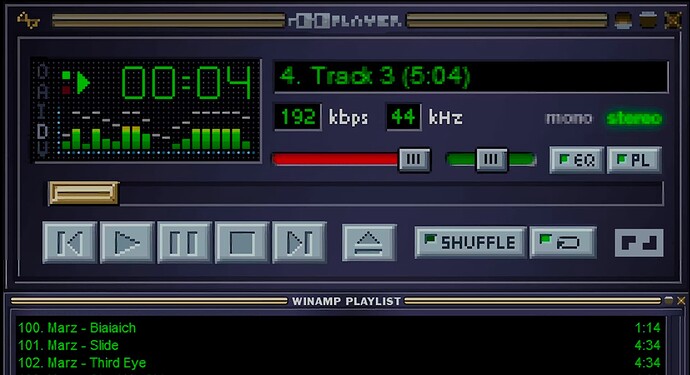 Part of our MVP was building out the PLAYground section of the Noun Sounds website. Building upon this, we will be creating new tools and features within the NS platform as we grow our pod: 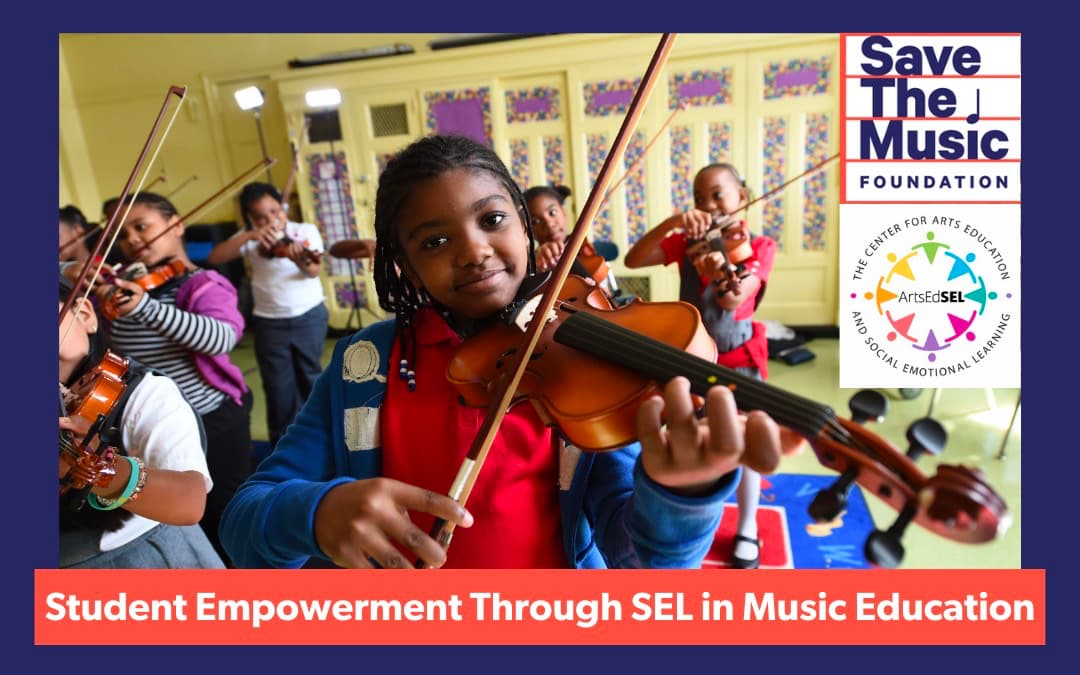 Partnering with Save The Music, we will proliferate the good vibes via IRL impacts and educational experiences. Noun Sounds will work with STM to provide funding and educational materials to their existing programs by donating Noun Sounds tokens from the founders wallet. These Noun Sounds NFTs will allow STM to submit proposals to the NS DAO for funding. Some concepts for Noun Sounds DAO proposals:

Using the Nouns Builder, Noun Sounds will create a daily auction to onboard new users into the Noun Sounds ecosystem. Holding a Noun Sounds NFT allows you to put proposals on chain, vote on proposals and have an overall voice in the direction of the Noun Sounds treasury and growth. With the injection of 100ETH into the initial Noun Sounds treasury, this provides immediate value to token holders while attracting musicians and music lovers to participate in governance. (NS founders wallet will receive 1/10 NS tokens for the first 2 years). Many other line items are needed in this process: 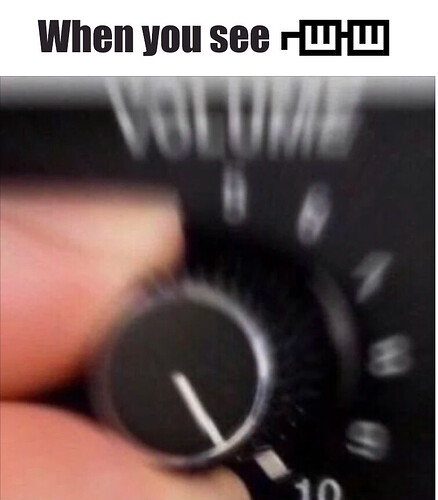 In our first proposal, we built a robust music website in which the audio has been used on countless Twitter Spaces, podcasts, videos, on-chain proposals, contests + more (The Rose Bowl Parade!).

This 6-month proposal provides the time, funding and resources Noun Sounds needs to take our ecosystem to the next level. Already in conversations with iconic musicians and reputable foundations- we will make a major ripple in the lives of musicians, music fans, music education and overall- Nounish proliferation.

8ETH - Reserved for lawyer fees; we will need contracts and legal advice on releasing creators music as CC0

You don’t really get into how you plan to incorperate coordinape into the dao. How does this differ from onboarding musicians via collaborations and prop house rounds.

What is the 100 eth for DAO funding used for exactly?

Hey Motion- thanks for the questions.

There will be 10ETH allocated for people within the NS community helping out (Discord mod, Twitter posts etc.). Coordinape will be used only for this. If you think it might be weird, can take it out but wanted to have something for those who want to contribute on a consistent basis as we grow the project.

The 100ETH for the DAO is to fund projects and make the DAO NFT auctions have value from inception. For example, the non-profit Save The Music will be able to make a proposal to fund music instruments and education initiatives for underserved schools. Another example could be a new musician wanting to fund a Nounish music video etc.

The funding of the artists listed (i.e. Ghostface and Lisa) are to get the ball rolling and garner attention for Nouns Sounds, showing off it’s potential and how it all works- thus, driving demand for people to want to buy into the DAO via daily auctions.

The project seems very inspired to me. Thanks for the response. I love that you’ve integrated a way to support non profit that focuses in next generation learning. I think it’s a great target audience and think the framework would provide an opportunity for these young individuals to learn about web3 at an early age in addition to supporting them in their primary aim of music education. Best of luck with the prop!

If I had to be critical of the individual quote for 67 eth, I think it might be somewhat high. However, I think if we look at that work you’ve done Noun Sounds and your commitment to the Nouns ecosystem, we can see your initiative to bring value to the nouns ecosystem and having nouns allocate this for a builder like yourself promotes maximizing the deliverable to achieve the best result.

Music is such a key to culture. This will be an incredible way to proliferate the meme in both obvious ways – as music producers – and indirectly via Save the Music and other educational partnerships. What I’d love to see if development of open sources/cc0 materials that could be used in classroom settings such as tutorials and curriculum for teachers so that they could take the tool and materials and run with it. Huge opportunity there!

I use the nounsounds.wtf Playground almost daily at this point to make cc0 beats behind videos I post for NounsOTG. There is a huge opportunity for music artists to onboard into Nouns and I see that this Proposal attempts to answer this call with Noun Sounds. Woody’s musical genius, his ability to not only create incredible music but create platforms for others to create their own music AND the connections this team has to the industry feels like the perfect doorway Nouns could use as an epic entry to establish the overall brand in the music world. ⌐◧-◧

We have taken out the 100eth to seed the treasury. We feel it might not be best to ask this with the current sentiment + price of ETH <3

You know me, bringing music to this space is something I’m hella passionate about.
This prop is insane! Straight outta the gate with sick artists, winamp vibes, DAO setup.
I live for this stuff.

Understand the decision to omit the DAO seed, though I feel there is room for maybe a smaller seed. BUT, it’s always cool to see a treasury grow form zero. Just harder to get proposal process moving and get the flywheel started. But totally doable.

Can’t wait to see this come to life and proliferate outward, spreading Nouns through music!

One note for those less into music production is how many musicians and “bedroom producers” there are that would love these sound packs, instruments, and a way to promote their music and seek funding for their music. Just go look on Reddit at the number of beat makers glued to their computers, likely already invested in crypto are are PRIME (similar to gamers) to tap into the Nouns ecosystem through NounSounds. Honestly I see this opening the flood gates and one lever we need to pull to reach mass adoption of web3 and Nouns.

Noun Sounds is an awesome, fun, easy to use tool that can help many people, young and old, produce high quality CC0 audio content! I enjoy using it for my video content and hope to use it as an educational tool for young artists and builders! Lets go!

Art Is My Weapon.
Music Is My Weapon.
Food Is My Weapon.
Of these, Music was and will always be my first and most used Weapon in my arsenal to foster the best version of myself. When I first found out about NounSounds I immediately freaked out and hopped onto the site the moment I heard about it. About an hr later I had my first 5 or 6 tracks. I was sick that week, I normally wouldn’t have posted a video in which I was under the weather, but I was so excited that I had to make my first video and share NounSounds with the world.
I have been having an absolute blast and will continue to make new songs on a regular basis; as, like Aubtoshi, I have also been using my NounSounds for Nounish content. It has been my favorite new toy lately. But it is so much more than a toy, it truly is an incredibly powerful tool for mental health, creativity and connecting with nouns. I am here to help proliferate NounSounds and the Music POD in every way I can.

I would say that spending money on a hype artist is a bad move… except in the hands of @SuperTightWoody. I’ve got faith he’ll spin up the infrastructure to make the Ghostface Killah investment worth it. I’d love to see this move forward — even as a trained musician with credits, I have so much fun just screwing around on the CC0 site he built.

I appreciate that! Yes, I think Ghost is a great artist as he has a quirky personality that can fit with the Noggles + Wu Tang being such a big brand. There’s a ton to digest in this prop- thank you for taking the time Mantis!