Hey everyone! For the last few weeks the atomic0 [atomic zero] team has been drafting our first Nouns proposal. We’ve sought extensive community feedback and will be putting it on chain very soon. We’d love to hear your feedback, so please feel free to comment on this thread, DM me on Twitter, or on Discord (robert#8239). Thank you! 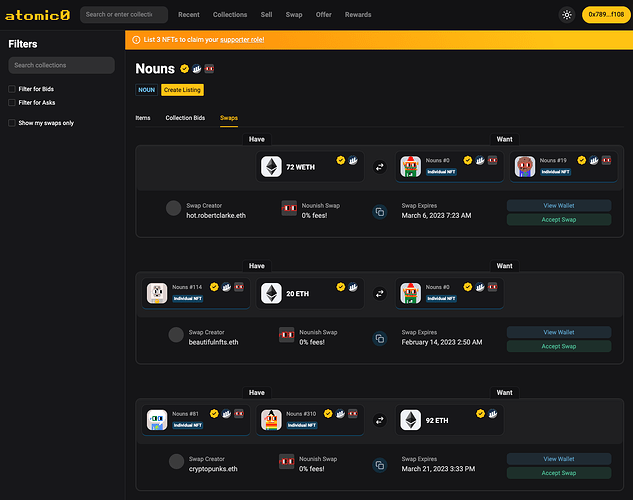 Enable zero-fee inter-collection trading/swaps for Nouns and Nouns derivatives on the atomic0 NFT to NFT exchange.

Noun “OTC” trading is currently inefficient in a web3 environment and is usually done in Discord or other social media. On-chain execution can be coordinated with an added layer of curation/search to simplify these otherwise complex trades greatly. Interested in a noun for 100 lil nouns + 15ETH? Looking to swap your punk for 2 nouns? Looking to pay additional WETH to trade your higher noun ID for a sub-100 ID? These trades will be possible to post to the atomic0 exchange with no fees, be executable by anyone, and can all be open at once until one of them is filled.

Today, there is no NFT-to-NFT exchange, only OTC trading tools. Nouns can enable this radically new style of trading, which is uniquely possible with NFTs while incentivizing Nouns proliferation.

Across the entire atomic0 swap exchange experience, the benefits of Noun-involved trades are highlighted: 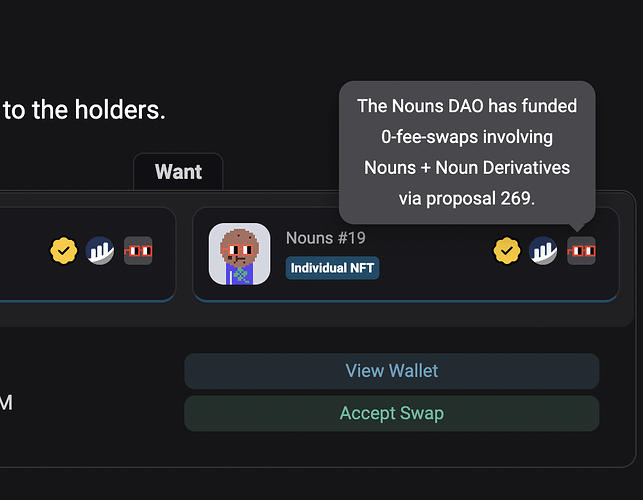 The atomic0 team will use funding from this proposal to meet the deliverables and timeline (below) and guarantee zero-fee swaps where Nouns + derivatives are involved for the lifetime of the atomic0 exchange. Where Nouns swaps are found throughout the experience, for example, on an individual punk page with a Noun-involved swap, the swap is highlighted as being a “Nounish” zero-fee swap. Swaps comprised solely of non-Noun assets (BAYCs, Punks, etc.) on atomic0 will be subject to a 0.5% gross fee on the estimated value of the swap.

Individual punk page with an example of noun proposed bids/swaps: 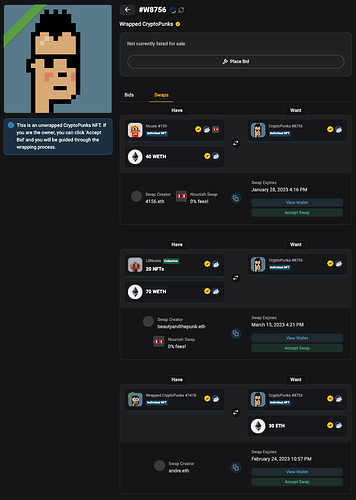 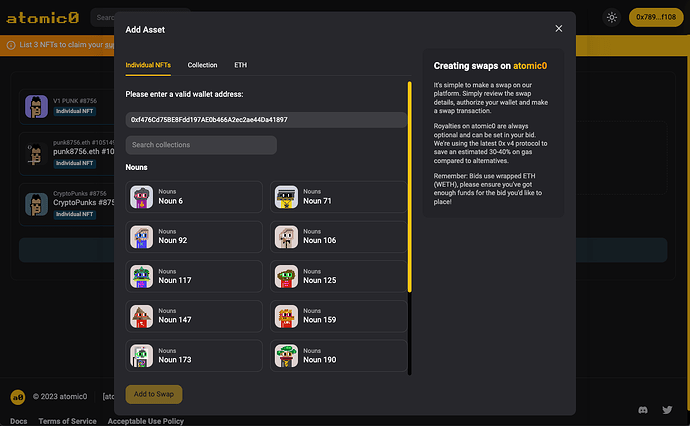 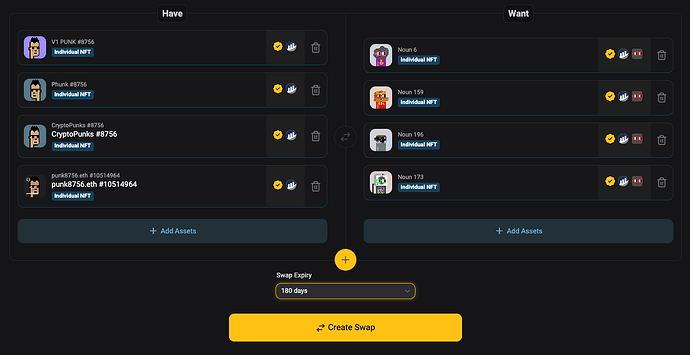 We launched a proof of concept zero-fee NFT marketplace which was the first on Ethereum to have both zero fees and optional royalties (back in June). Several Nouners used it to field OTC interest in their NFTs, but notably, yyybee used it to sell Noun #227, and vapeape (nounder) used it to sell his V1 Cryptopunk. Many other traders and collectors in the space have executed trades on the platform, including Franklin, who actively lists his apes on atomic0.com. While I don’t yet have a Noun, I’m still closely watching and bidding on the auctions. Last month, we also built the first WETH, non-custodial bidding solution for punks. This proposal was made possible with Noun delegations by cryptopunks.eth and brennen.eth.

Why not build this as a stand-alone Nouns-specific website (e.g., nouns-swaps.com)?

How does this contrast with Proposal 46 (Marketplace Pod Proposal)?

How does the atomic0 swap product contrast with existing OTC solutions such as NFTTrader, Sudoswap OTC, and Swap Kiwi?

Will this require ongoing Nouns funding for maintenance?

Do you have a plan for on-chain swap storage?

Today, there is no NFT-to-NFT exchange, only OTC trading tools.

To be fair, I even stopped reading after this. Nouns have even been traded at swap.kiwi already. not sure about the other platforms. 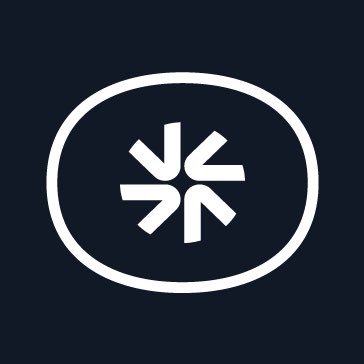 @swapkiwi
What kiwi was built for. Safe swap. Congrats to both parties involved. 💛🥝 MSV = Minimum Swap Value based on floor price. https://t.co/8ZRtmBIawV 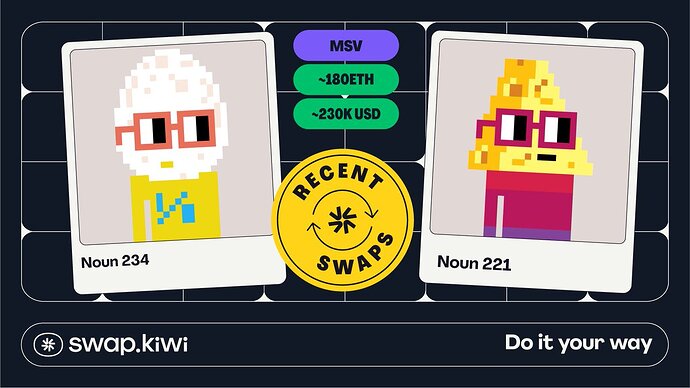 It seems that, if we were to fund something, it would have to offer something we cannot already do/are already doing at other platforms.

Thanks for taking the time to respond!

I’ve chatted with @niftynaut and have a great amount of respect for what they’re building. In fact, I used swap.kiwi to swap a v1 punk of mine just a couple of weeks ago.

We’ve addressed the overlap and compared what we’re building here in our proposal. Please let me know if you have any feedback to this section “How does the atomic0 swap product contrast with existing OTC solutions such as NFTTrader, Sudoswap OTC, and Swap Kiwi?”

To summarize, we’re planning in the direction of an NFT to NFT exchange, rather than an OTC tool for when you’ve already found a counterparty.

Have to break this down into different perspectives for obvious reasons.

Heard about this in the Noun Square space the other day. Really thought out. Good luck with your proposal. You have mine and The Fashion Dao’s support!