We are NounsDAO Amigos (https://twitter.com/NounsDAOAmigos). We are building a nounish community for all Spanish speakers (including LatAm, Spain and beyond). We’ve been proliferating the ⌐◨-◨ adding some spice and a pinch of Ñs.

We recently hosted the first edition of the Nouns Fair. An IRL fun experience aimed to proliferate Nouns at the ETHMexico hackathon. After attending ETHNewYork and hosting the Nouns Fair in Mexico, we’ve confirmed the importance of these kinds of events to put Nouns in the eyes of hundreds of people.

We accomplished our goals of growing our community and making people aware of Nouns. In a nutshell, this is what we accomplished:

And most importantly, we made the greatest nounish moment by smashing two nounish piñatas in the closing ceremony.

Given the success of the Nouns Fair in Mexico, the ETH Global team invited NounsDAO Amigos to make a new edition this time at ETHBogotá, in Colombia. We believe it is important to keep having a presence at IRL events like this. As we saw in Mexico, this is a great environment for spreading the ⌐◨-◨ and growing our Spanish-speaker community.

The Nouns Fair will be a 3-day cultural experience focused on builders where they will be able to engage with others and learn about Nouns. Similar to the previous Nouns Fair, this activation will be a localized nounish experience with photo opportunities, games, merchandise, and an NFT gallery. The proliferation of culture á la nounish. The following are examples from what happened in Mexico, and what we’ll create for Colombia but

Photo-opportunity & noggles
A fully Nouns-branded photo station where attendees can take selfies, and full body photos will serve as a welcoming station. We want to create a photo set where people can feel nounish and share it on the internet. Of course, physical noggles are key. 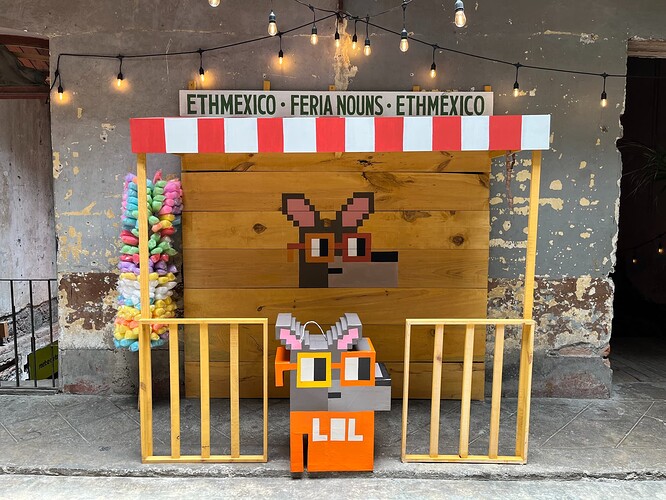 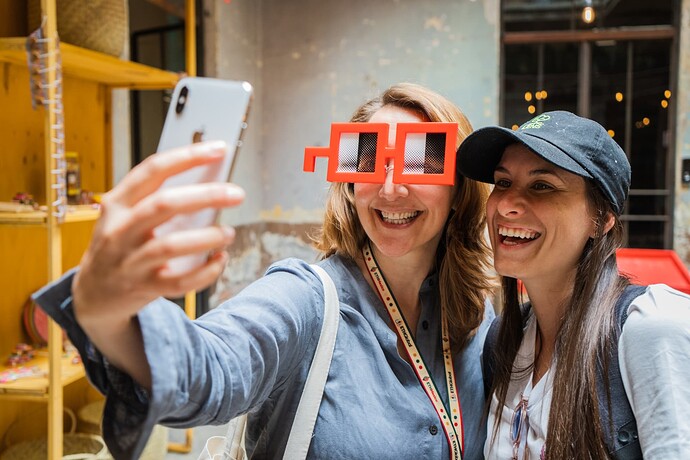 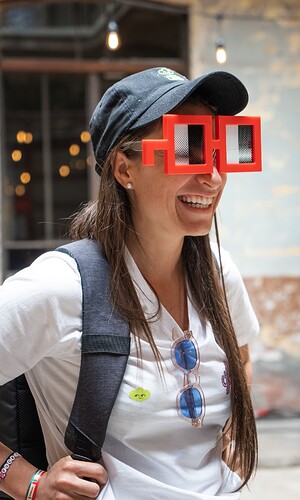 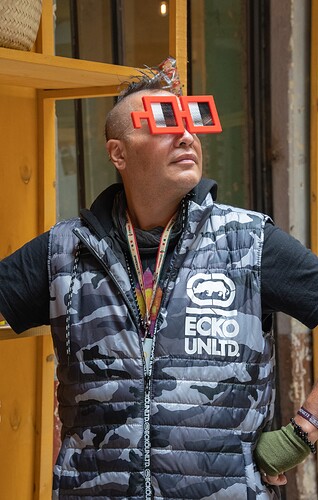 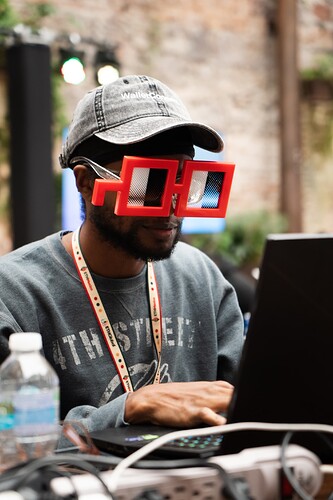 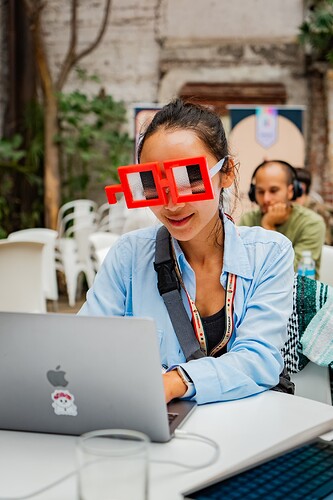 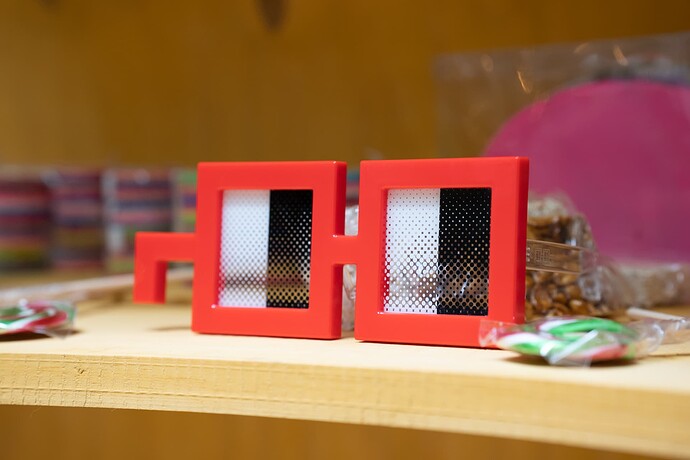 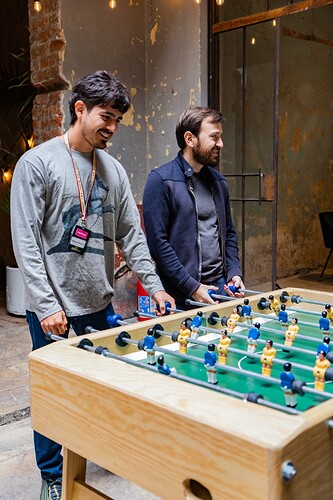 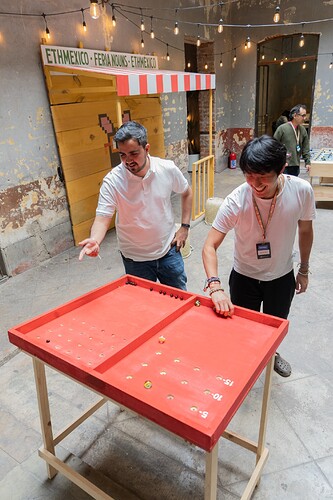 Pins, stickers, and T-shirts will be distributed as rewards for spending time and engaging with the Nouns Fair by playing games and taking photos. 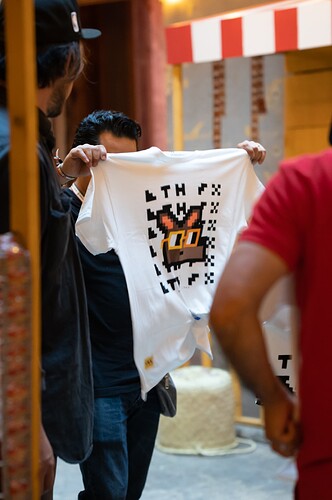 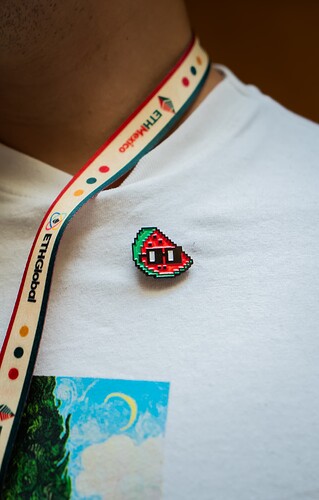 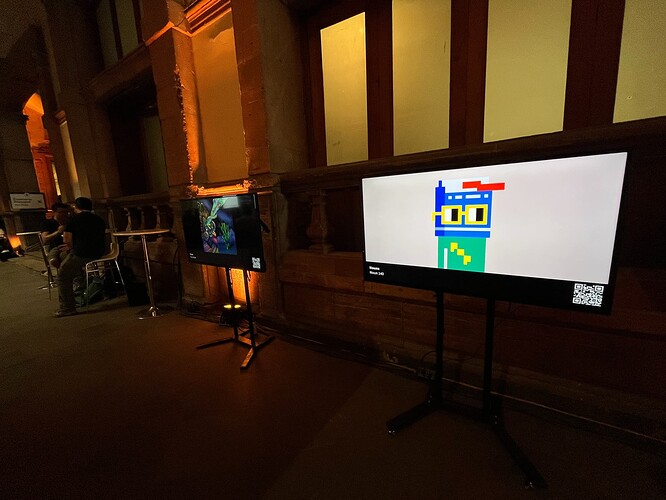 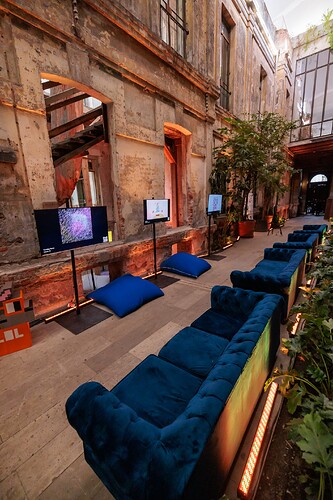 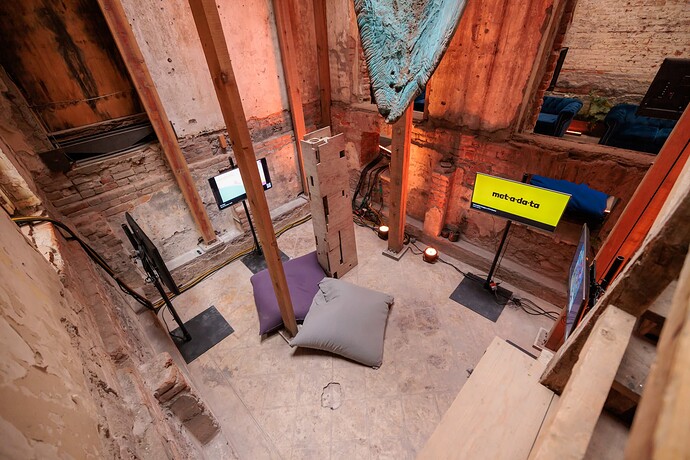 Given our past experiences and the recent Nouns Fair at ETHMexico, we came up with this budget to make it suitable for ETHBogota.

We are excited about this new opportunity to keep creating nounish experiences IRL that can be replicated in other countries. But most of all, to spread the ⌐◨-◨ in a fun way.

You guys did such an exceptional job with the firsts event I think that anything you do at scale will be spectacular. The entire setting and the vibe was incredibly NOUNish. Happy to have our NOGGLES there, I am going to try to secure a few more sets if i can, and if you would like we can get you some of our noggle pins too.

ok, lets do it! excited for this

so excited! thanks for funding us!

thanks Klim! yeah man, that would be great! i’d appreciate it - will ping you on discord for details

Hello again. Here’s a summary of what happened at the Nouns Fair in Bogotá

Thanks to Nouns and the funding from Small Grants, NounsDAO Amigos was able to execute the Nouns Fair for the second time. An IRL experience to spread Nouns amidst ETHbogota –ETH Global’s recent hackathon in Colombia. The event was planned for hackers from Colombia and different parts of the world, including LatAm. The event was held at Ágora Bogotá in Bogotá, Colombia, from October 7 to 9, 2022.

The Nouns Fair was conceived as the official cultural space and NFT gallery inside the hackathon –worth noting that there were no official events other than the Nouns Fair. Thanks to this, we were in a privileged and convenient position to put Nouns in attendees’ eyes.

The Nouns Fair experience comprised of open space with a photo set, games, a prizes stand, and an NFT gallery.

The open space was a 10x10m space in the middle of the venue that functioned as the core attraction of the Nouns Fair, including the following: 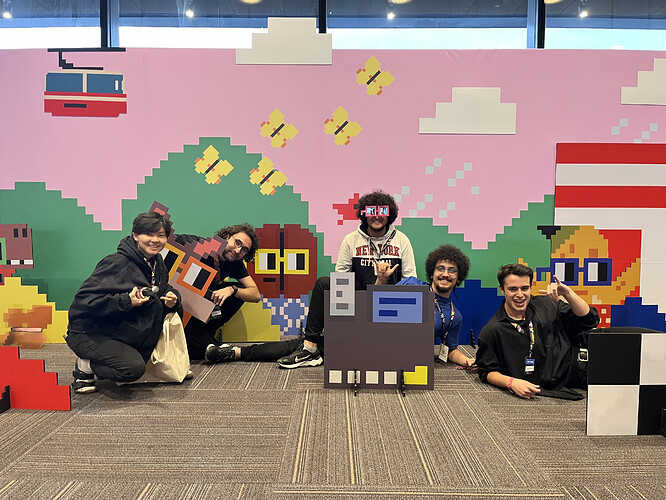 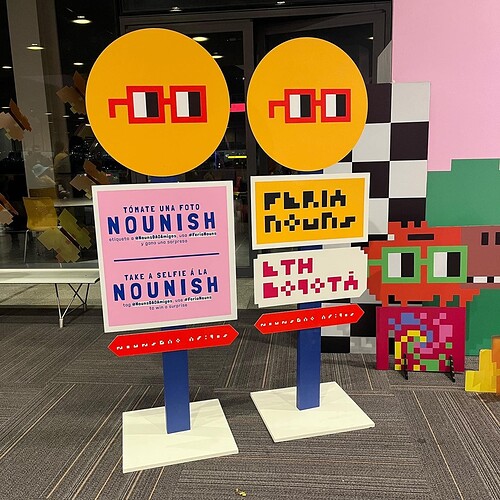 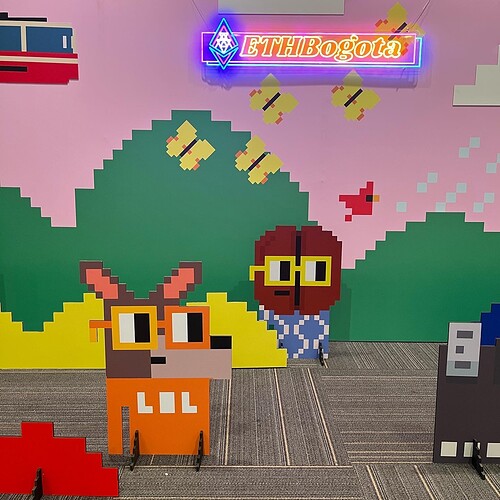 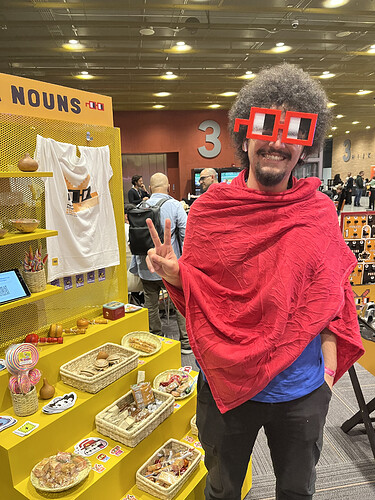 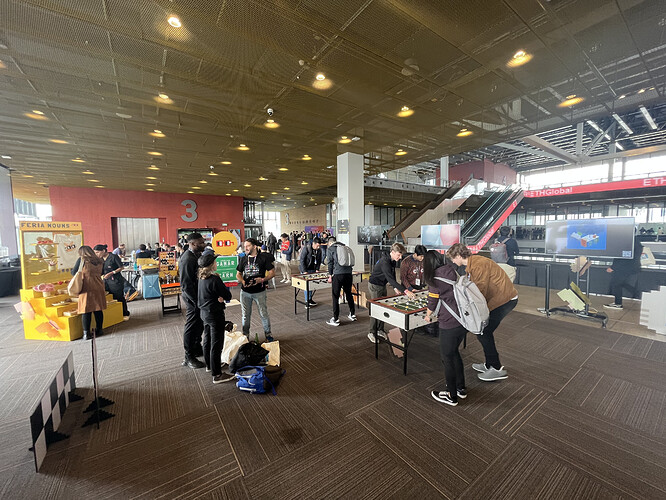 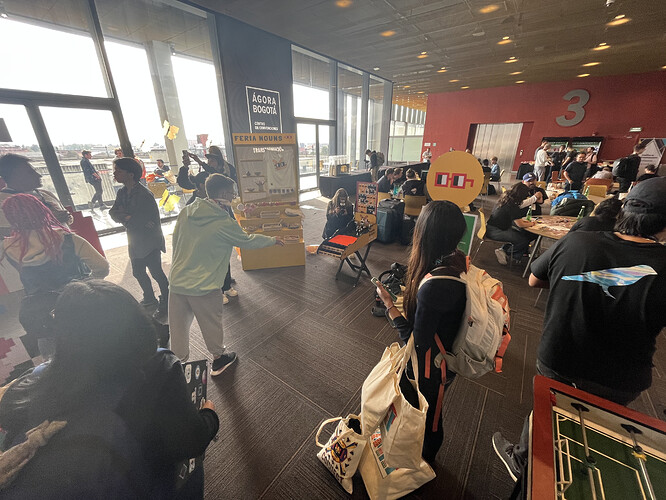 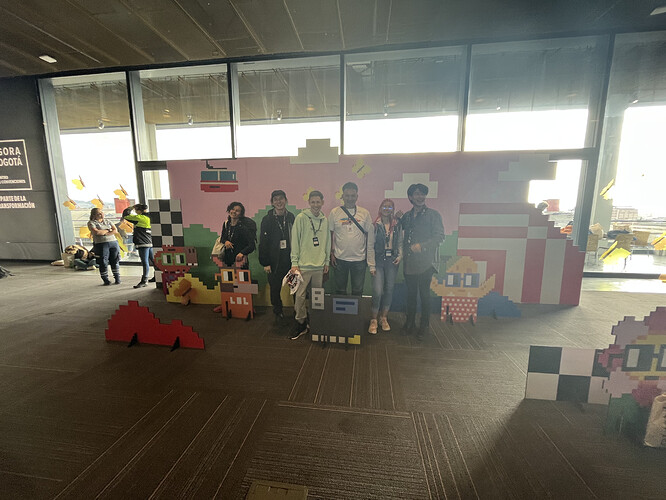 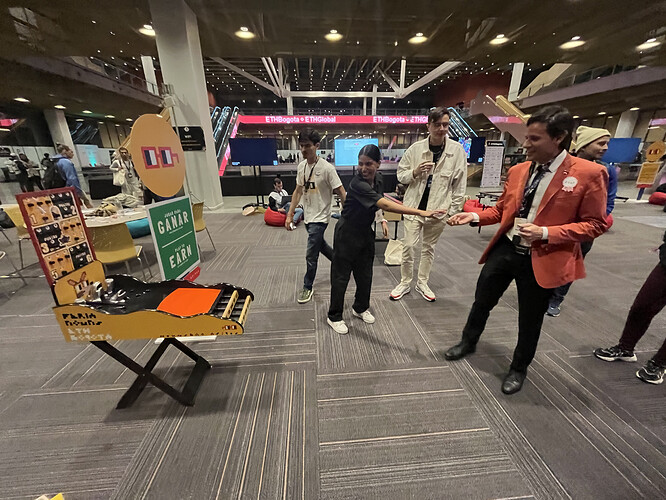 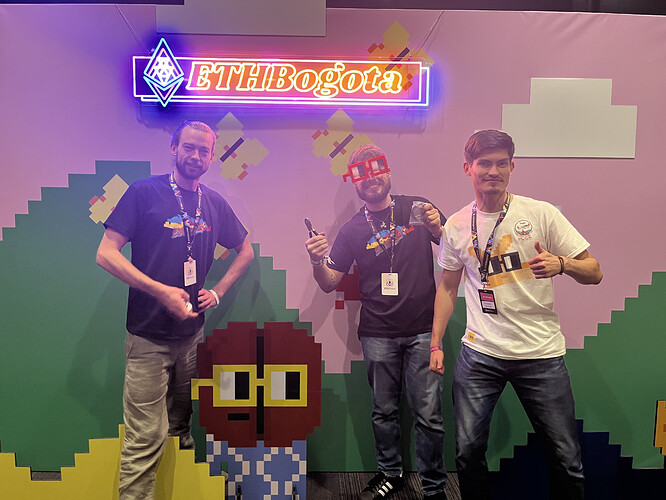 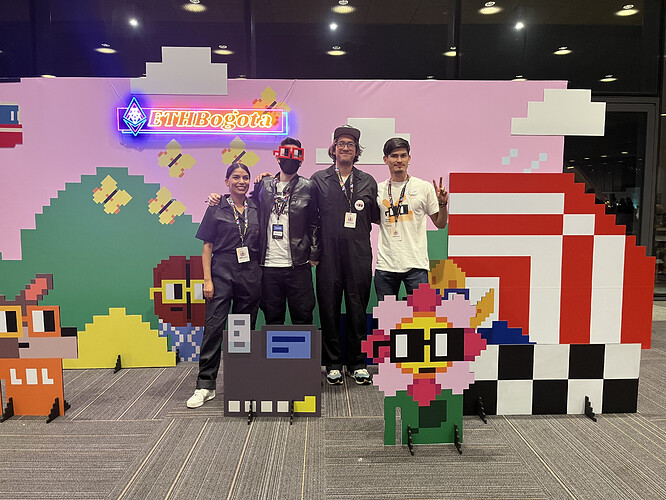 The NFT gallery comprised 5 screens showcasing the work of 35 artists. Including nounish representatives such as Messhup, MrSeaks, Artxie, and Nounish. The gallery was blended with the fair making it visible to attendees at all times. 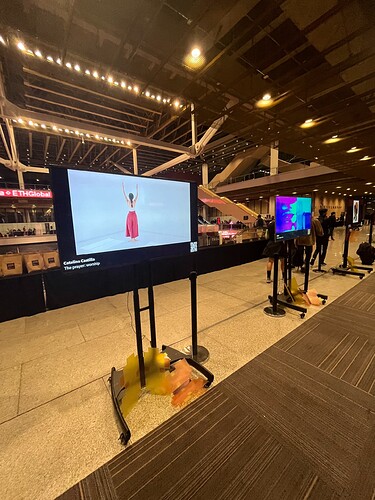 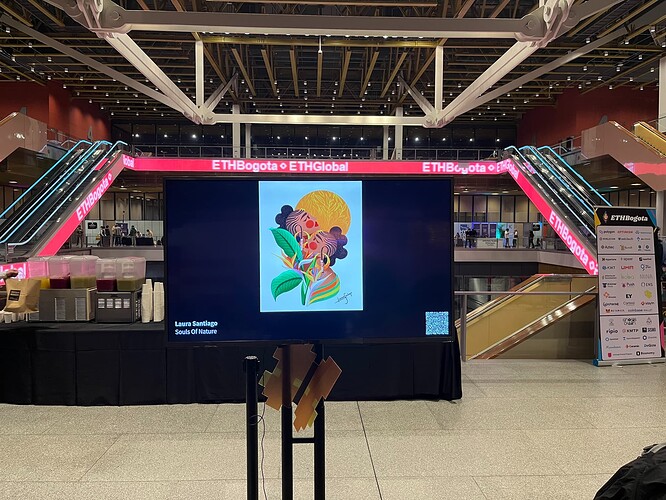 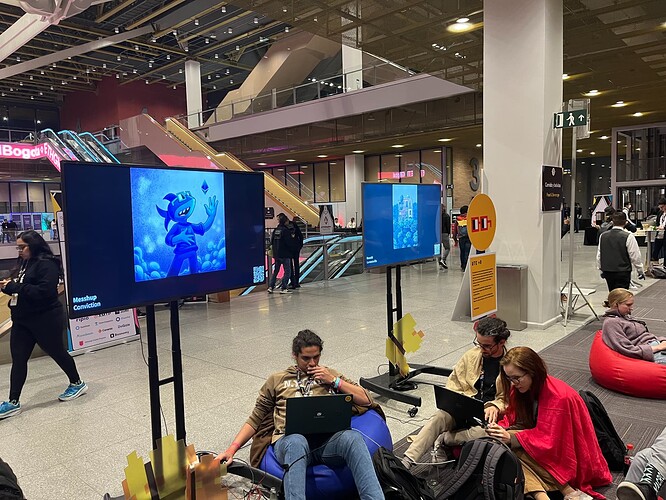 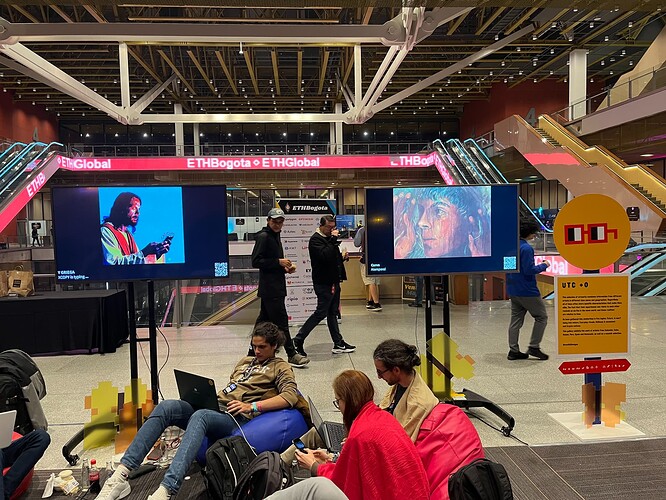 We hired a local professional team that took photos and recorded the Nouns Fair experience. 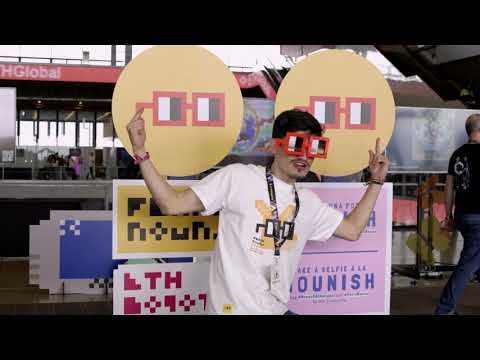 Achievements / The fair in numbers

We spent three days proliferating Nouns. We witnessed the interest and curiosity of people asking about the mechanism of Nouns, NounsDAOAmigos, and the possibility of making proposals and contributing to the DAO.

We’d love to see more Latinos participate in the upcoming months by joining Nouns through NounsDAOAmigos, ultimately executing proposals from and for Latin America.