Nouns Esports was founded with the passing of Proposal 68, which brought a professional Dota team under the Nouns banner. This proposal’s aim is to double down on what seems to work and extend the signing of our world-class Dota roster until after The International in 2023, with the mission to continue proliferating Nouns through esports competition. 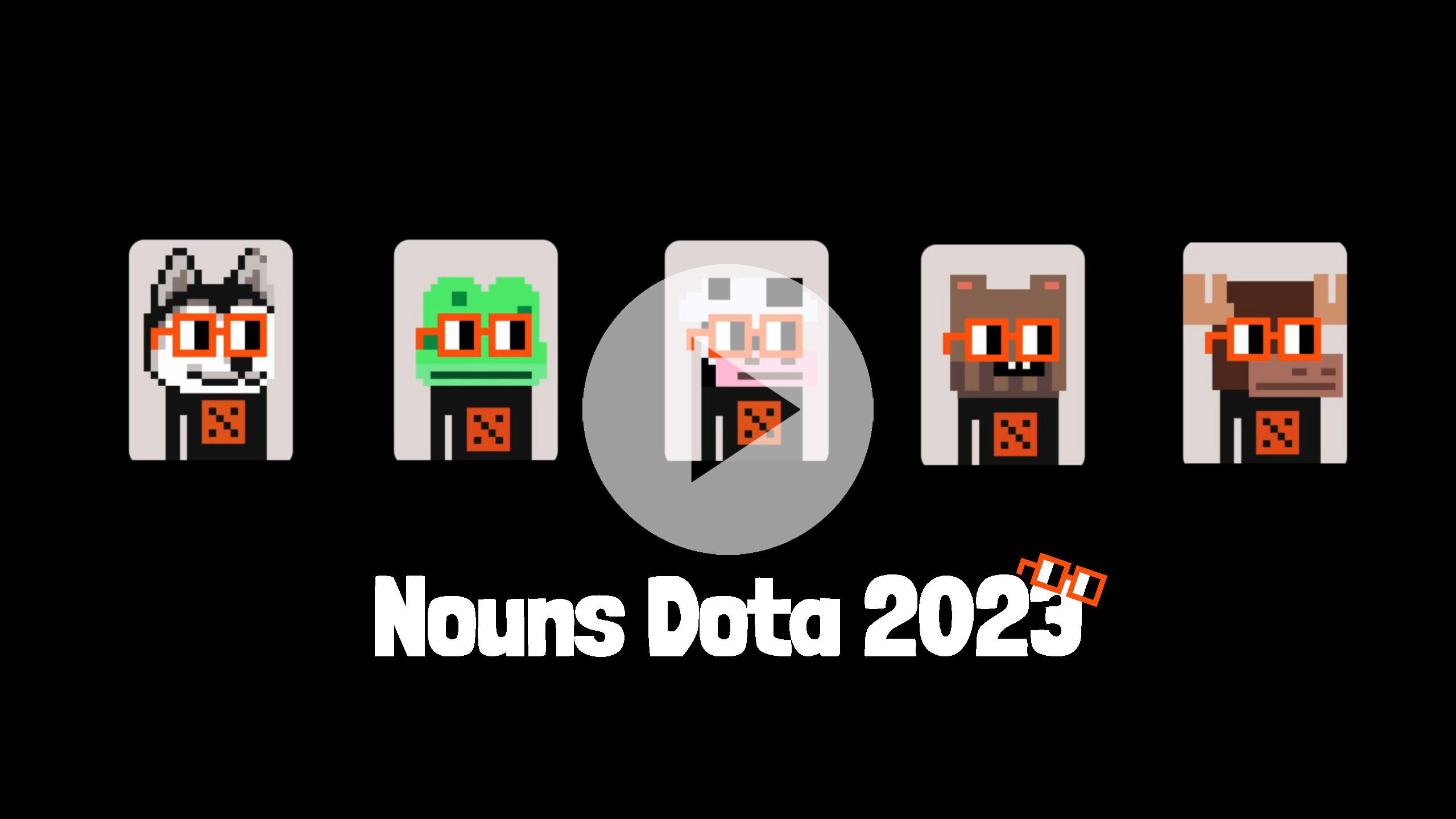 Watch our recap video of the last 6 months!

We are confident in our ability to secure a world-class roster for this competitive season, and already have a team in mind to work with throughout 2023. This roster includes three of our players from last season.

What is different from the last proposal?

While the DPC schedule is announced in advance, many third-party tournaments are not announced until much closer to the event date. We expect that there will be continued support from operators such as BTS and ESL for online competitions or international tournaments.

This season, as a North American Division 1 Team, we will be competing regularly against well-established professional organizations such as:

We will be using the same multi-sig that was created via Proposal 68 consisting of Nouners and Nounsfolk.

Nouns Esports has an easy 10x potential in terms of growth, viewership, and the ability to lift up all other nouns projects. Glad to take part in building it and can’t wait to see what more we can do in 2023

This year I discovered NounsDAO through esports. I saw on Twitter that 4Zoomers, a NA Dota 2 team, was being signed by Nouns Esports. Like many others in esports, I knew very little about crypto, web3, DAOs, NFTs, etc. My reaction was “Oh another random crypto organization, great, just what NA Dota needs…”

As I dug in more I ran into some familiar faces and learned more about their community. I discovered the unique opportunity to work on ambitious proposals without the associated risks of trying to do so elsewhere. I’ve told countless others about the unique opportunity that exists here and will continue to onboard new users into web3 via esports. Esports is due for a shakeup this recession and I’m optimistic that web3 will help move the industry forward.

My feedback would be to consider how we can use web3 to support the team/players in ways other than their expenses. I believe that we need the players to buy-in on web3 in order for them to actualize the opportunity that exists here for them.

lets goooooooooooooooooooo! also worth noting we are looking into options to ensure that we can retain our players/talent throughout the duration of the proposal/season (or negotiate with other orgs/teams that might be interested in our players)

this is such an easy no brainer yes

I know nothing about Dota, and I’ve still watched so many of the matches because I love the work you’re doing. What will the POD be doing with the rest of their funds? That may be helpful to outline here as well to clarify the need for this additional ask.

Some examples of what the pod budget has extended to has been a pokemon unite and CSGO roster. Sponsorship of FGC player Aklo. 2 Noggles Cups with 10,000+ in prizes. Sponsoring of streamer soy_takii. Multiple art contests. Content production fees for videographers, photographers, and editors. Extra bootcamp costs. A GC valorant roster. The pod budget will continue carrying on expenses like this while available.

The pods purpose was always smaller-mid budget general expenses. Securing 1 year of funds for a bigger roster like the Dota roster allows us to continue on with guaranteed team expenses covered. This helps secure quality player talent, and ensure the team can operate without hiccups or the need to seek emergency funding.

Maybe consider sponsorship in Formula 1? As far as I know, the minimum price of a logo on a car is about 1 million.

For example, the Formula 1 final 2021 in Dubai was watched by more than 108 million people worldwide and the final of The International 2021 was watched by only 2.7 million viewers.

I don’t think that’s a very strong comparison. A car sponsor on a F1 car would have minimal engagement besides tooting our horn in our closed twitter circles. The impact from esports sponsors creates opportunities to engage with fans, build communities, and onboard new users to our ecosystem. The cost to return is significantly higher with an esports roster.

Additionally 2.7m viewers in the international would have 90%+ engagement with the nouns brand vs F1 the engagement or even acknowledgement of a nouns logo would be less than 1% and probably closer to .01% in reality.

as an avid gamer and a huge advocate for esports. I love this initiative and where they are trying to take this. would love to get involved somehow as this was one of my goals to build an esports team.

Fully back the project and the numbers speak for themselves. Really like how the team is taking a very good approach to including the nouns into this. Can get very big very fast.