So many props wanting to promote, advertise, and “market” to a potential fan base…

Far too many in relation to almost zero props to bring beautiful, well designed products to retail.

For all this talk of the “next Hello Kitty”, it seems there is little to no consideration put into why Sanrio never does any of these proposed activations, ad campaigns, and other (pricey) efforts, and instead focuses on beautiful, carefully curated product, with attention placed on where the brand is found, and which tribes to collaborate with ( and when not to ), supported by cafes, gallery exhibitions and events once a faithful tribe and ubiquity has been established .

The answer to the above is because not only do ads, activations and marketing not work, it can be damaging, to both new character brands and existing ones.

It is my hope that we see 100 props to actually put things into the world for every 1 prop to promote… and IMO, 1 is 1 too many.

We have nouns on the ground, and that’s as awesome as it gets. IMO, we’re good now. Awesome.

Other territories, like Japan, Korea, Hong Kong or China- would be a massive disservice to turn to “ads”. Awful idea.

It would be far cheaper, in general, to slowly, with care, bring incredible consumer goods into the world via nouns, create a sense of discovery and wonder, slowly over time… over years… become one with culture on a global scale, VS broadcasting via what are essentially ads. 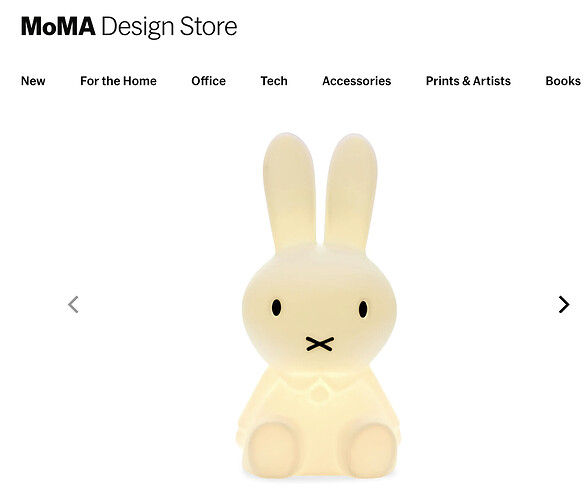 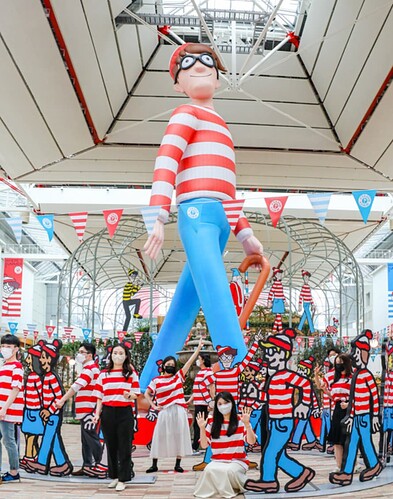 one problem is the romance of BIG

In Korea, this nearly killed Where’s Waldo, but the home office is easily impressed by Mega Giant Space takeovers, as we have nothing like it back home. All of the home offices are impressed.

brand killers, all of it.
Especially for something new without its tribe.

Now, if you did this in a territory where you put down the proper foundation, and you have 100,000 passionate people ready to be surprised by such, this sort of “BIG” activation could serve as a prompt for your tribe to be in AWE, feel wonder, and tell everyone else… but that’s never what these are there are for.

This is low hanging fruit used by those who don’t know what else to do.

From Sanrio, to Bathing Ape to Supreme, you don’t see them do “big” ads or activations for a reason.

If you have a movie opening next week? Awesome, let’s try this.

if we really want to skip the years of working towards making sure people are finding nouns in places they resonate with and identify with in favor of proliferation now, at least spend less.

Go big one time at licensing expo, Vegas, explain to people they are free to use nouns… the people at the show literally make everything you’ve ever seen with a character or Elvis or anything on it. All of it.
The people are all right here.

But have we done our homework?

The umbrella guy needs to move umbrellas. Unless he’s going into the MoMA where the unfamiliar is king… Ala discovery… Nouns umbrellas at WalMart make no sense to those shopping there.

So even as above, growing a tribe will always have to come first.

Playmobil could have talked Starbucks into doing the toys before the tribes were built… but would they have lines outside with millions waiting in the dark, in the freezing cold, week after week, in a market where adults simply do not buy toys ever, at all? No way. 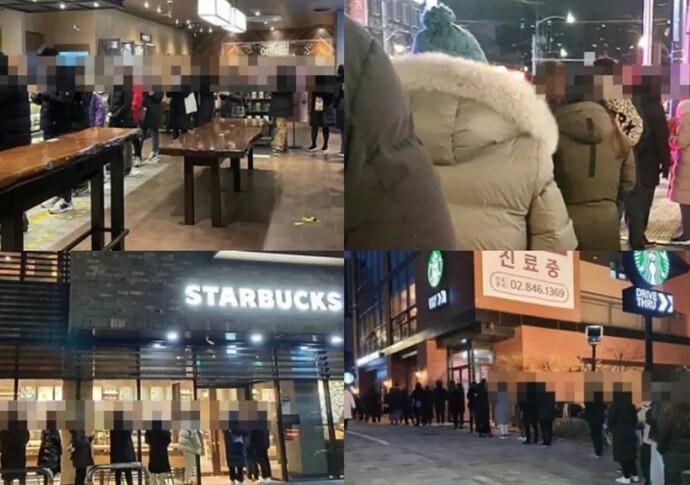 The crypto natives know. We won.

Real proliferation is discovery through wonder.

Do we want eyeballs, or do we want the world to fall in love.

I vote for the love one.

going to Licensing show with NOUNS will result in a year of random product and no QC control on any part of the process. after that year no one will look at the IP with any serious thought

We need to build the tribes first.

We can’t do that with marketing.

Everything you are saying is interesting. But it sounds like you are saying that no one else besides yourself is allowed to operate in the countries you are talking about. Surely with Nouns being CC0 anyone can do whatever they want anywhere in the world? I am also saying this as you are pretty much stating that Prop 211 would be a waste of money and the people behind it don’t know what they are doing?

I should probably rephrase it then, as what I mean is, I’m hoping for thousands more.

The point is, there are so many proposals for marketing, and nothing for things to market. It seems like an overwhelming number of proposals focused on advertising, marketing, promoting… but where is at least a few more in the realm of high-quality consumer products, or if not things, perhaps places, such as a nouns café? You can open a café in Korea for a fraction of some of these costs suggested spent on marketing pushes.

Meanwhile, Sanrio does no advertising, no brand wraps or marketing,
Perhaps I worded that poorly.

I don’t want to be the only one. We need hundreds more.
Even 5 more would be awesome.

As for prop 211, I took over a mega luxury department store in China for free, with statues and displays… but we got there by earning that position through growing tribes… not by marketing. Marketing for the sake of eyeballs in some territories can make it very tough to do well later… and while yes, CCO, when it comes to funding by the DAO, wouldn’t we want to fund efforts in China to become one with culture VS marketing to it. I would hope to see 10000’s of such proposals, but there are none.

As for not knowing what they are doing, I asked for examples of that approach working in China in the past. I am hoping to learn of some. Haven’t seen as of yet, but looking forward to their reply.

The fact that anybody is here, knows what nouns is, and submits a prop is a thing of beauty, and there’s no way to knock someone for it… but the number of props to promote VS become the thing to promote is only increasing. (and promoting rarely works… its noise.)

IF we are going to China, lets go like this, at least: 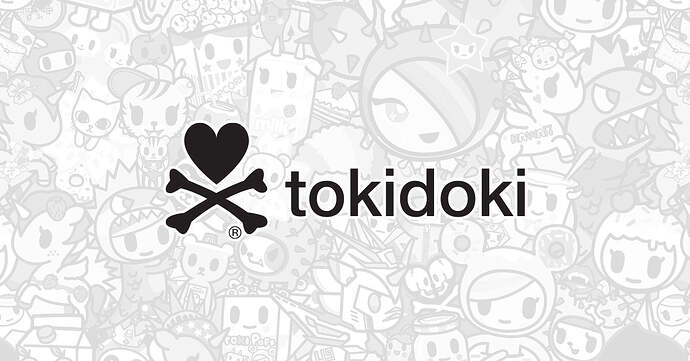 In celebration of the Year of the Monkey, the Times Square mall in Shanghai is adorned with twelve larger-than-life tokidoki statues, each representing a month in the lunar calendar. The exhibition's fashion-focused launch included a press preview...

but even Tokidoki had to spend years working up to that… they put down a base layer over time, through multiple maneuvers, to earn this in a way which works, so they weren’t just showing up out of nowhere.

I rephrased the title… as it isn’t a problem really at all.

We need lovely nounish things, books, glass work, ceramics… not a call for useless consumerism, but points of tactile culture growth. The lower in quantity the better. 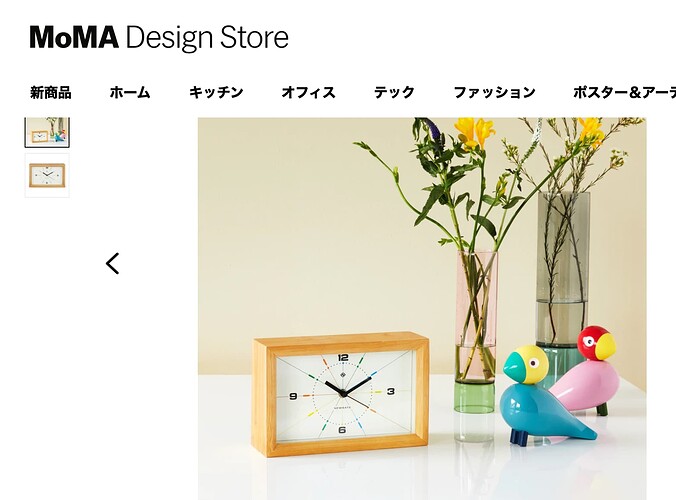 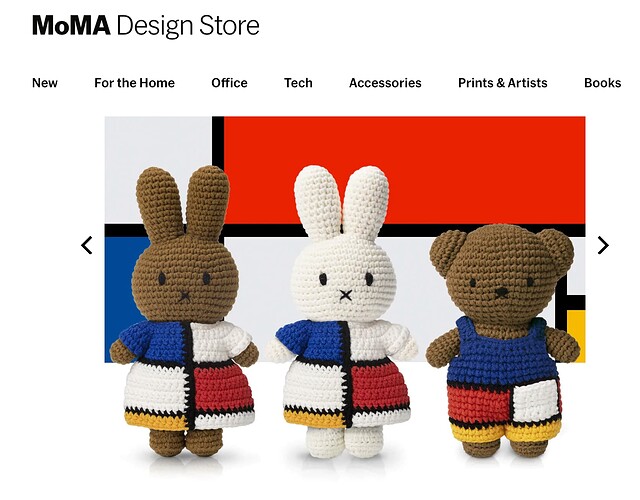 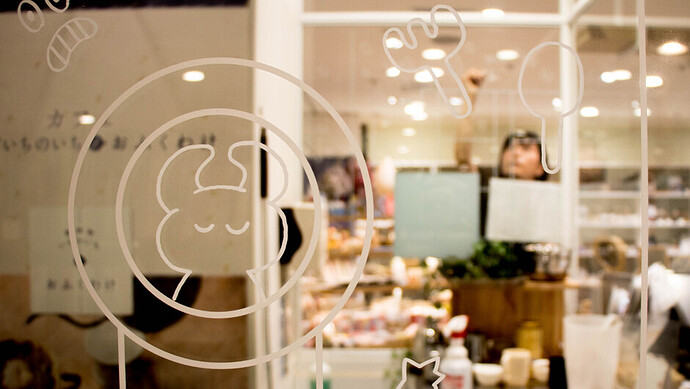 And not just “things”, but perhaps places. A nouns café, where we can hold nouns art exhibitions with top creators across different disciplines, rotating out various works throughout the year.

If my own proposal goes through, I will dedicate a good portion of my time seeking out creators to make such proposals. In no way do I mean to convey that only I can do any of this, just the opposite.

David, thought you might like to know about these based on those last thoughts…these were rattling around in my memory as your read the end of your post…

INTRO NOUNS have been becoming better known every day and Brazil has an important role in this growth. Many events that are responsible for promoting the WEB 3 industry have happened in the country. With that in mind, we have the pleasure to present to the community the first NOUNISH physical space. [Screenshot_4] DETAILS We have the opportunity to reach thousands of people by building a physical area entirely focused on NOUNS. Not only does nothing like this exist yet, it’s something that,…

PROPOSAL: NOUNISH FURNITURE TL;DR Requesting for 8.85ETH funding for manufacturing, shipping, and distributing of Nounish Furniture. BREAK DOWN OF COST [image] Please note cost does not include shipping PURPOSE To distribute Nounish physical goods to community members free of charge to them. Nounish furniture is the first of its type in the Nouns ecosystem. Purpose Nounish furniture is the brain child of NounBNB a proposal attempting to bridge the gap between physical and digital worl…

and…this was a prophouse winner that is now on Nouncil

Hi I’ve recently submitted to nouns combinator, but I thought I’d get valuable feedback from the nouns community on here. Any comments, feedback, suggestion on the following prop.house/proposal/626: tl;dr Web3 Ceramics Studio that will explore what it means to be Nounish through quarterly Ceramic Collection Drops Description What is it? Nouns Ceramics Lab is an art and design studio dedicated to crafting Nounish clay objects- functional wares, toys, sculptures, and installations. Daily ope…

[Untitled-1] Idea Nounish carpet will transcend the legacy of NounsDAO through many generations! Stylish, cozy carpets can be hung on walls, and installed on the floor. Carpets are luxury goods that make any home, restaurant, or coffee shop more aesthetically pleasing. Purpose The purpose of this proposal is to understand public interest in nounish carpets, the cost, and logistics associated with the manufacturing. If there will be a lot of community interest we can figure out a method to … 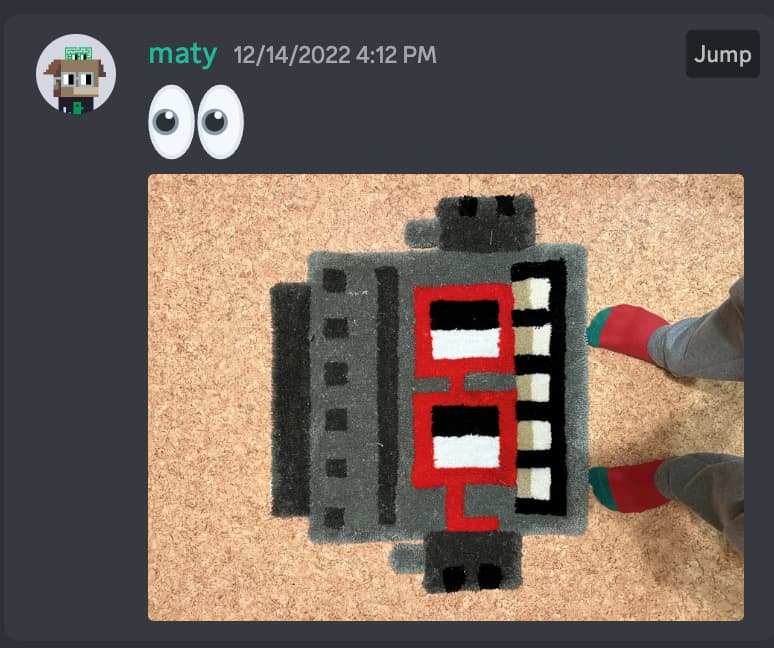 Wonderful! Thanks for sharing these.
Need more!

When it comes to cafés, there are management companies to go to, for such things, depends. I don’t think a management company was used in this case, but something very simple, which serves more as an art gallery, this is a little bit over the top….

I don’t know this YouTuber and the music is not part of what I have in mind, but this is a major staple in character culture in Japan, Café Uamou, attached boutique, and art space right on the border of Akihabara.