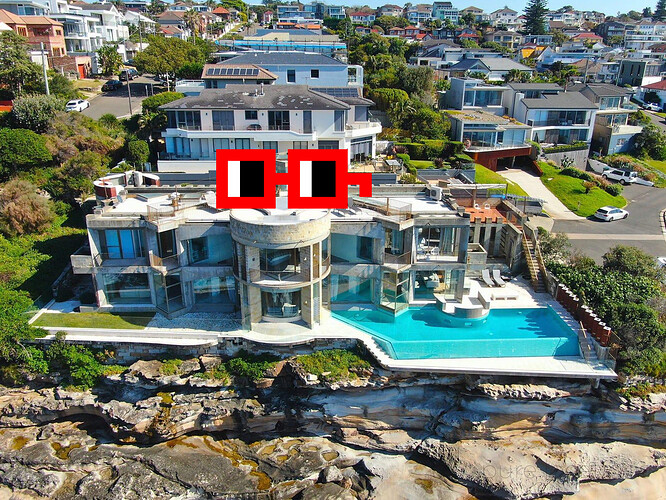 Note: I often reference Lil Bubble in third person. I myself am Lil Bubble, but I am also the artist behind the character and approach the project as such. I have also developed this proposal with the help of the Nouns community, so for the sake of consistency have used third person throughout.

Lil Bubble has been planning his biggest production to date - a professional music video for forthcoming single All Time High. The song has been written as the celebratory anthem of the next crypto bull run and the lead single for his debut album. It will be released at the time of the next Bitcoin/Ethereum all time high. Due to complexity and production timelines these songs and videos are prepared well in advance of expected release dates.

Nouns has the opportunity to be featured in the video - with models wearing noggles and a cameo from Nouner Gami and his Noun #189 skateboard.

The video will be shot by a professional film crew in a famous beach-side mansion and feature Lil Bubble with friends and a cast of models, partying in the house and driving mini cars in the street. 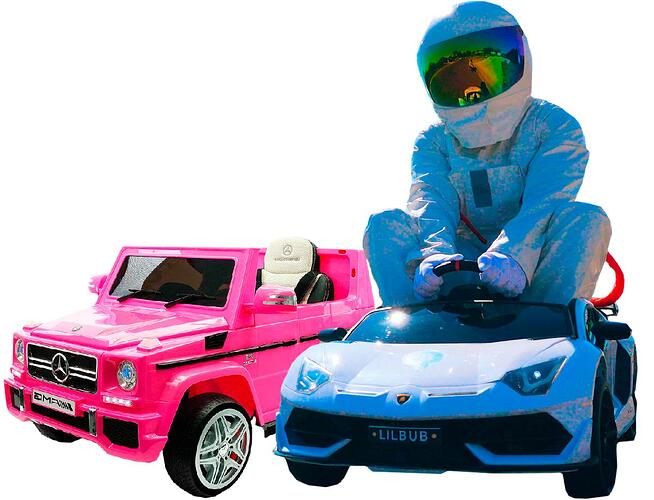 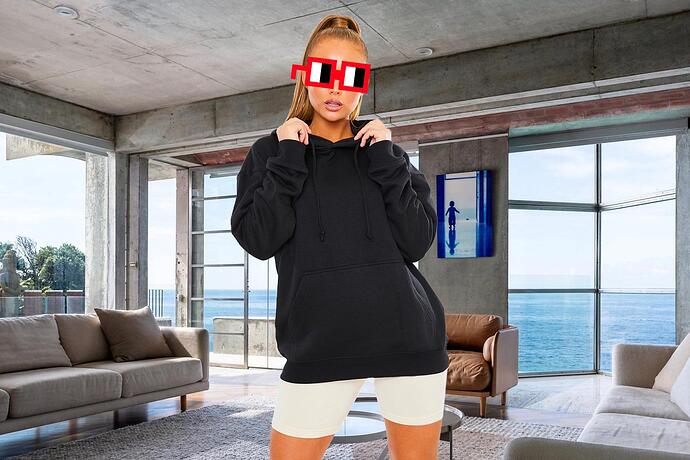 Lil Bubble is an established Web3-native character who has been releasing satirical songs and music videos for the community since 2019. His songs and remixes put a tongue-in-cheek spin on market events and have clocked over 8 million views, adding to the cultural fabric of the space with a comedic blend of music, video and niche subject matter. 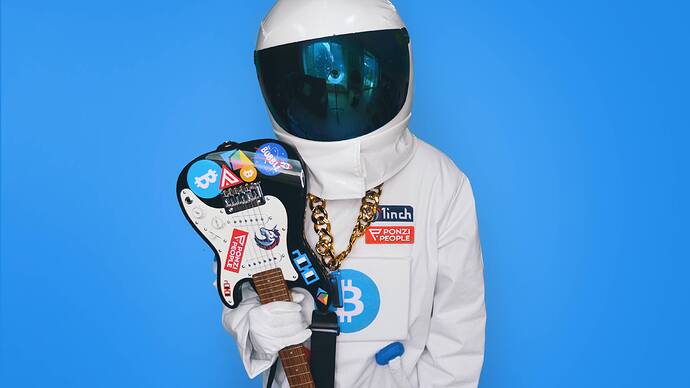 He has been a strong supporter and participant in the Nouns community - has featured Nouns in a previous music video, was one of the earliest members and supporters of Gnars DAO, has been a special guest in a number of Noun Square Twitter spaces, and is currently working on his own Nouns fork.

Lil Bubble featured Noun #189 and owner Gami in a music video earlier this year. A custom Noun skateboard was featured in the video which was shared widely throughout the community garnering over 370k impressions on Twitter alone.

Gami and Lil Bubble received a retroactive small grant of 3 ETH for their efforts in this music video. 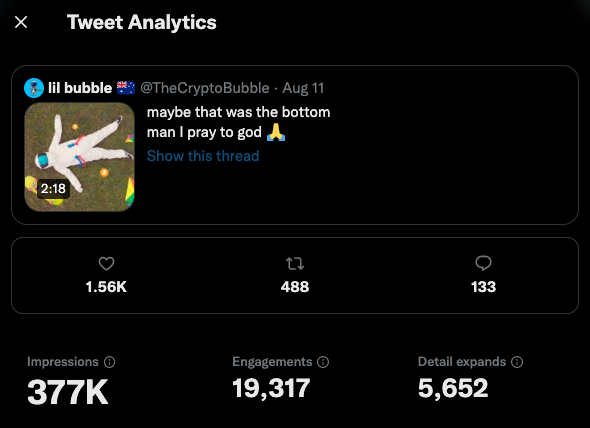 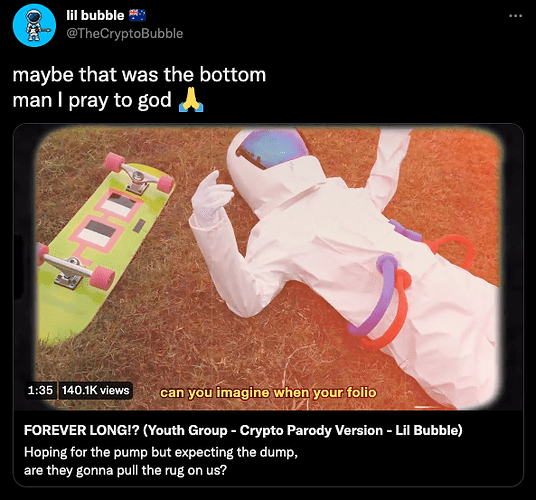 Lil Bubble has forked Nouns and will be launching “bubs.wtf” in early 2023. The collection is made up of his own art (plus some Nounish traits) and will proliferate the meme throughout his crypto-native audience.

At the time of writing Lil Bubble’s community numbers are:

Lil Bubble released a parody cover of Post Malone’s ‘Congratulations’ at the previous all time high. This received over 420,000 views, 11,000 likes, thousands of comments and hundreds of shares. It’s safe to assume the total number of crypto market participants will be much greater at the time of the next all time high. 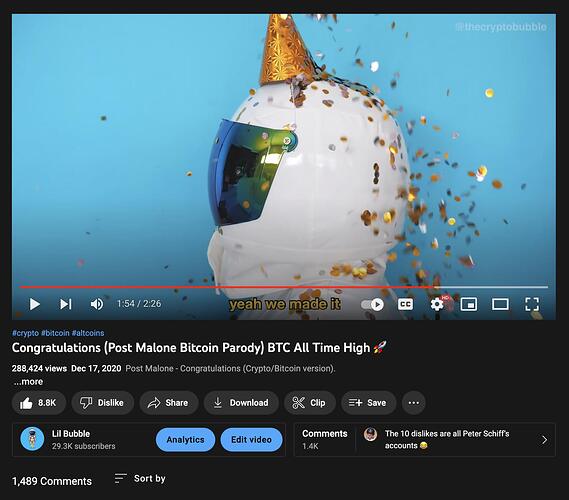 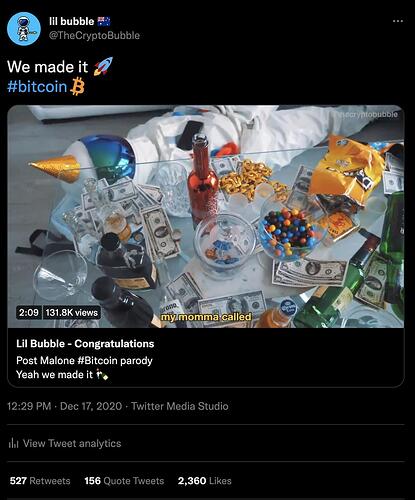 This music video will cost over $30,000 to produce. Grant funding will be put towards these production costs and in return Nouns will receive high visibility placements in front of Lil Bubble’s hyper-engaged Web3 audience across Twitter, Youtube, Instagram and Facebook.

Nouns DAO will be contributing to Web3 culture, supporting a long-serving Web3 artist, and proliferating the meme through collaboration at the same time.

Welcome to the Discourse! Super excited to see this and you here. I hope this will get funded and we’ll all get to celebrate at the top when it comes around. If you’re interested in getting more connected, please hang out in Nouncil and consider joining. You are certainly already a nounish builder. https://nouncil.wtf/

Very cool, will discuss with the team

Can you Nounify the music video even more?

Thank you my friend! Glad you like the videos. I’m super excited for this shoot and would love to have Nouns on board. I jumped into the Nouncil server yesterday - will look into applying

Thanks for taking a look! The Nounification will be super prominent, probably more than typical product placements or music video sponsorships. Noggles really stand out so viewers will definitely be wondering wtf are these square red glasses on everyone haha. I’m open to other ideas though, just wary of overdoing it.

Having known Lil Bubble for a number of years, I know his level of creativity goes above and beyond.

Combined with his deep knowledge of the crypto space, a wide network as one of the original Web3 musicians, and his strengthening passion for Nouns (see lilbubble.wtf launching soon), there’s no doubt in my mind that Bub can take this to the next level. 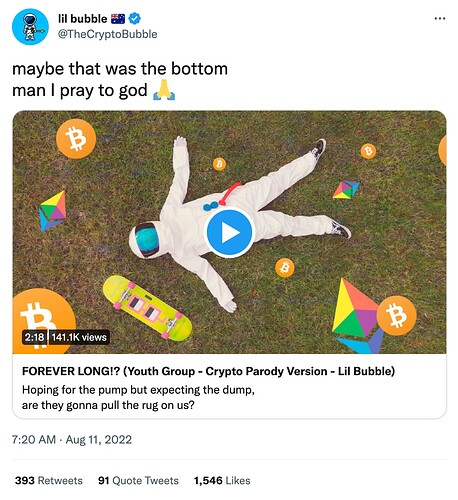 I mean, we did this collab without any expectation of a reward and it was a huge hit. If you wanna reach crypto traders, hodlers and aficionados, he’s a perfect example of an effective proliferator.

Thank you sir! I admire & appreciate everything you do for Nouns (including nounpilling me lol). One of the few people to have already heard this song too, so you know how cool the video could be

I don’t know how I missed this when it got posted!
Love Lil Bubble’s videos. And I think it’s a great fit to proliferate nouns in his work.
Stoked that nouns and Lil Bubble can do more together!