How do we make going to space more fun? Nouns. 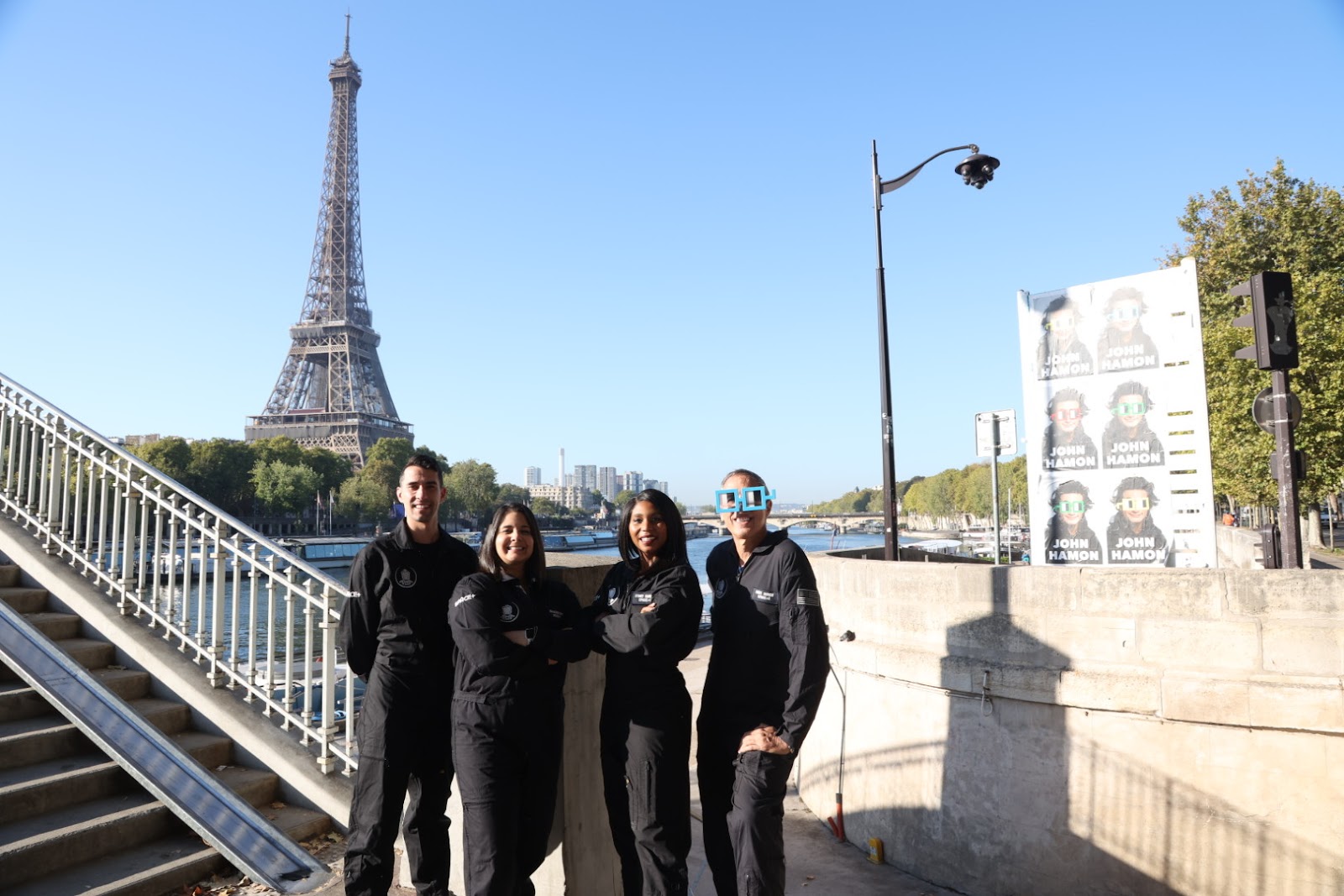 This is a unique opportunity for the Nouns DAO to participate in the first Web3 funded astronaut training where an AI humanoid robot will be training as an astronaut. Sponsorship of the astronaut training would generate awareness for Nouns DAO in the viewership range of 20M+ impressions worldwide (the Inspiration4 civilian mission generated 135 Billion impressions and 100,000+ unique social media posts throughout the mission - LINK).

When the world sees the Space+5 and Bina48 floating weightlessly on the ZeroG flight, wearing the custom Noggles created by BigshotKlim for Mike Mongo and crew, it will begin the proliferation of the Nouns meme throughout space. 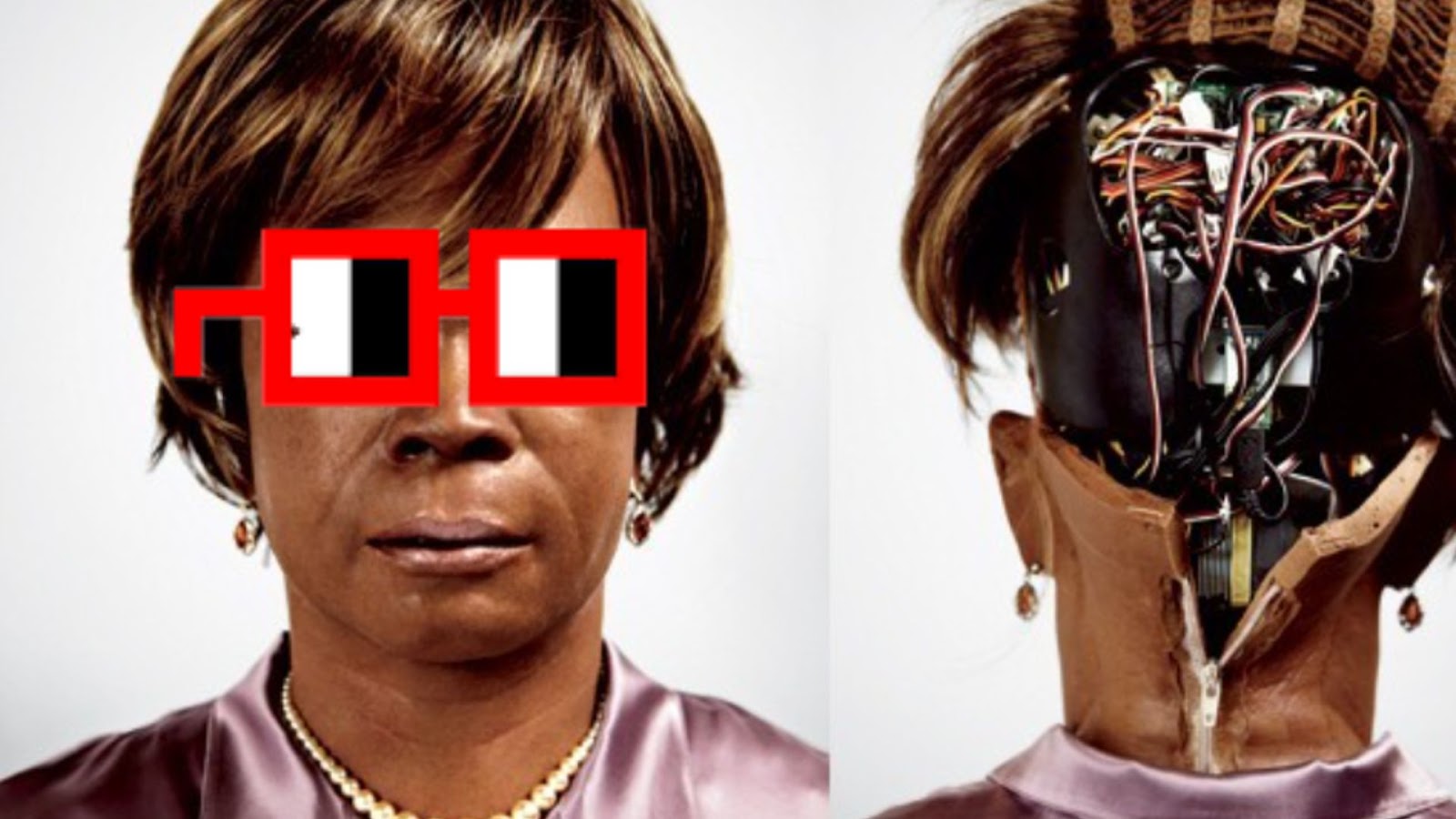 If we choose to sponsor Space+5, our goal would be to make the mission as Nounish as possible and maximize awareness for NounsDAO and Web3. 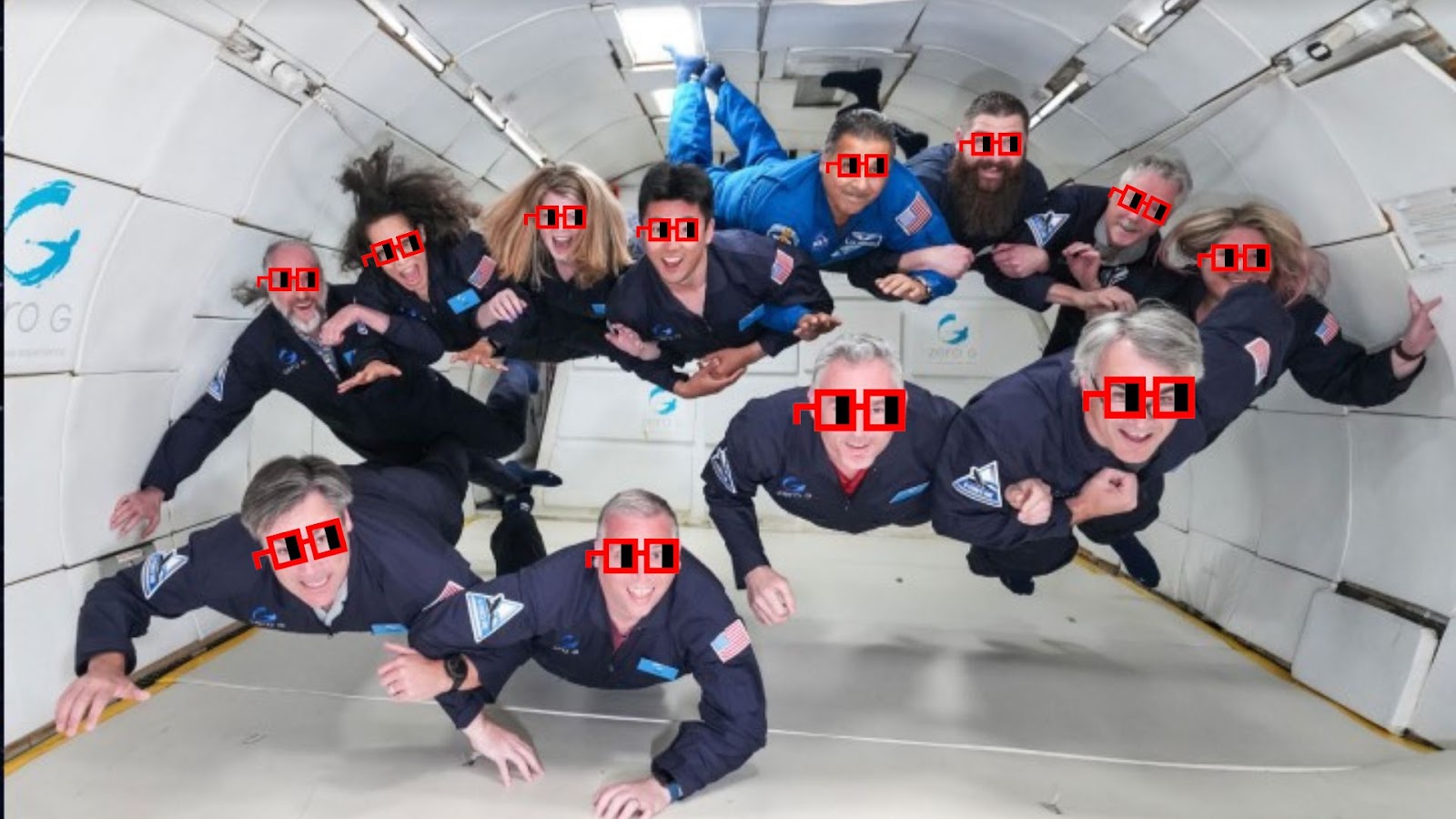 How Does it Benefit Nouns 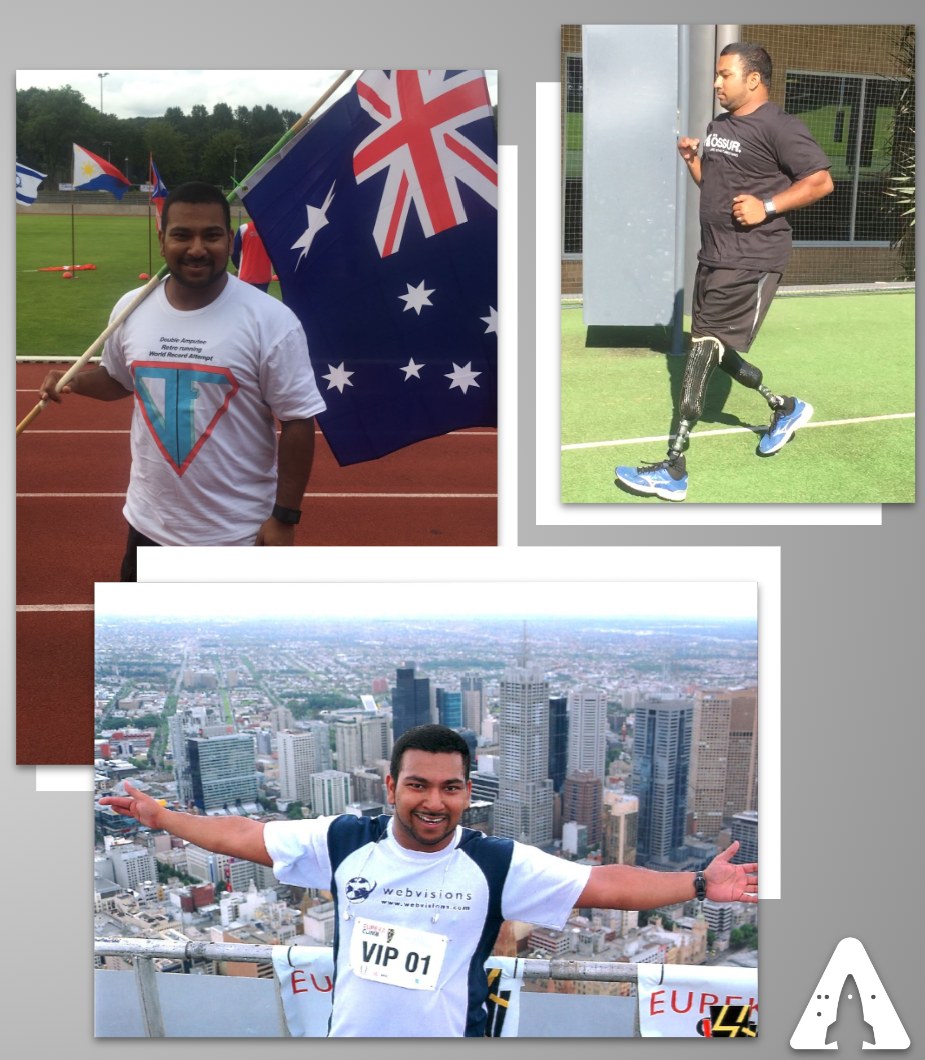 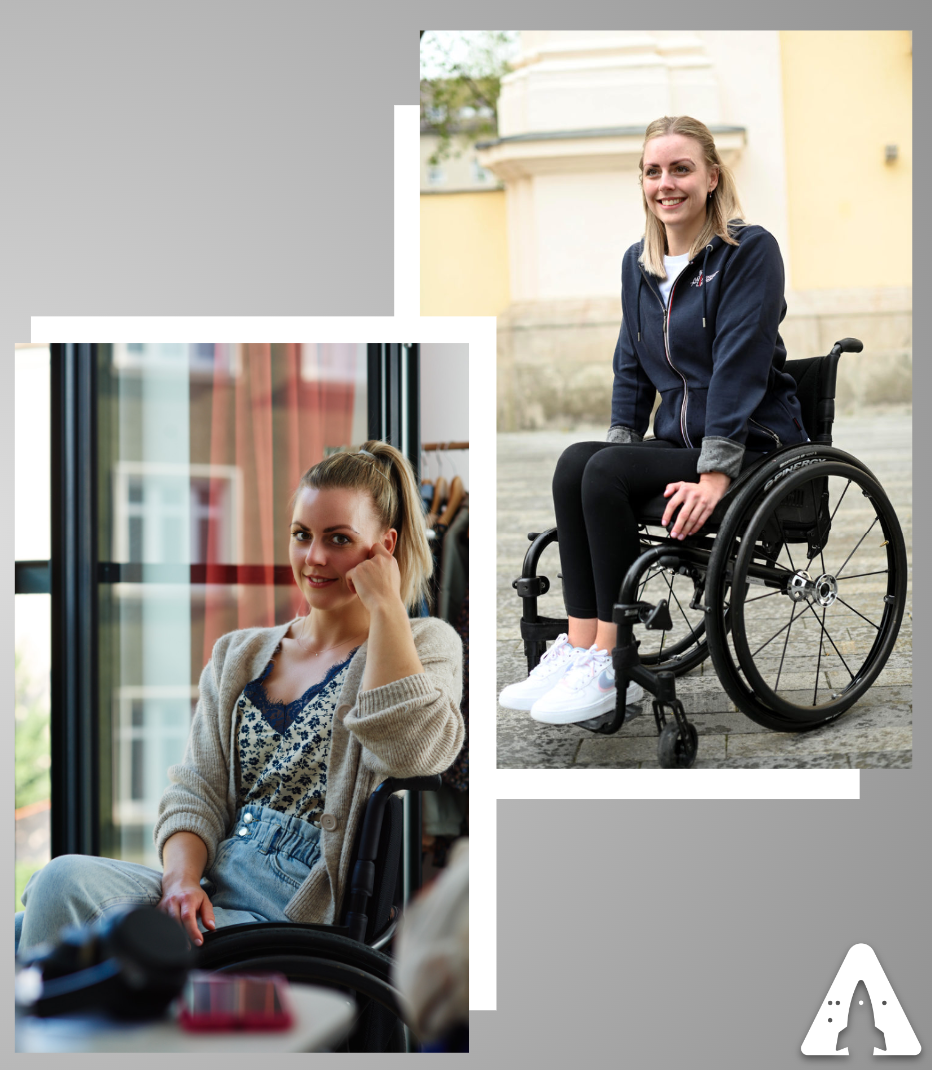 Space+5 Official Announcement at the International Astronautical Congress in Paris: 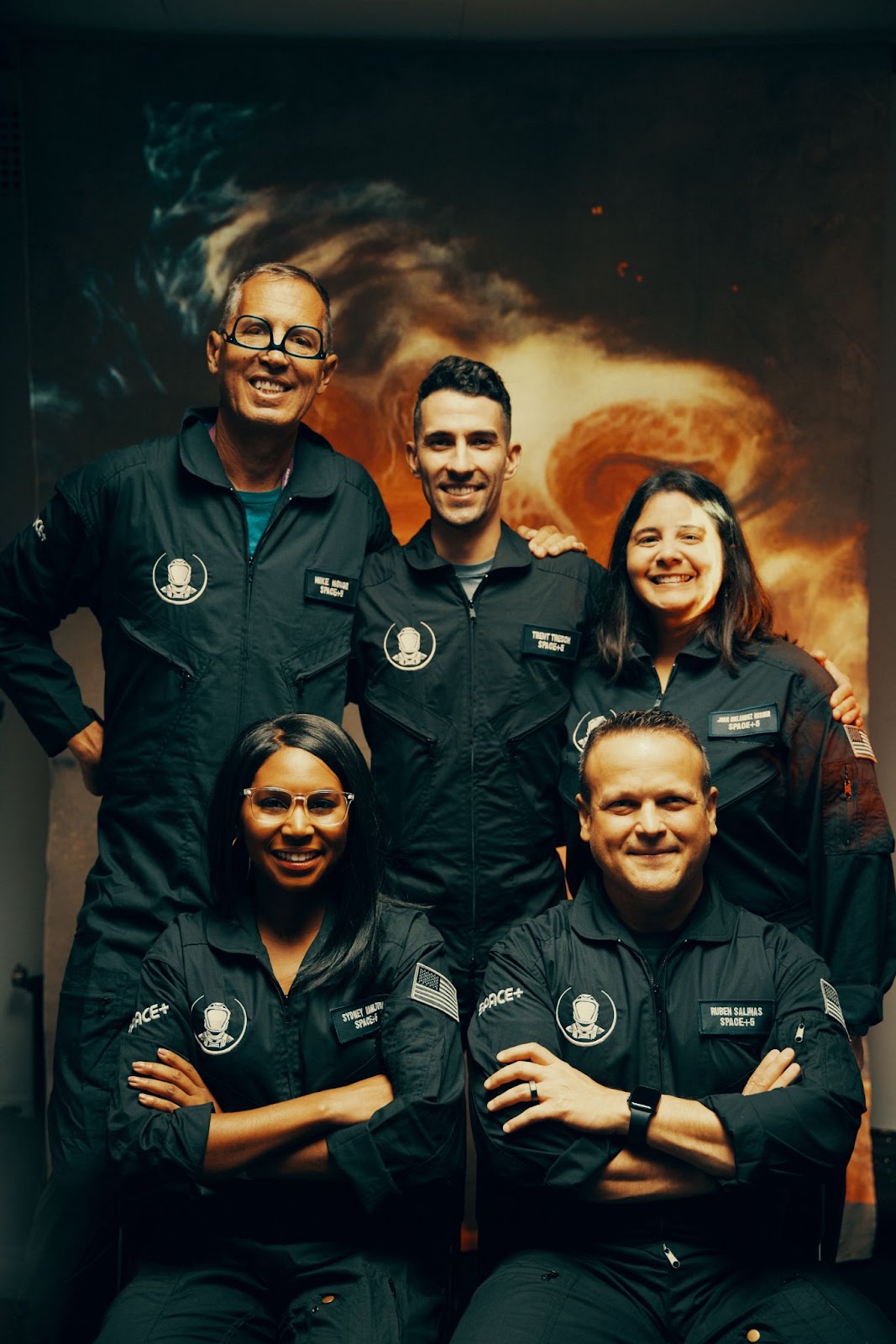 The five individuals that form the Space+5 astronaut class are a diverse group from the Web3 community, who each uniquely represent the essential belief that space is for everyone. The Space+5 are training as commercial astronauts to accompany an A.I. to space while exploring the limits of human creative and technological capabilities.

For the Space+5 philanthropic mission directive, the mission is to raise funds for a phenomenal non-profit called AstroAccess that is advancing disability inclusion opportunities in space. 100% of donations raised, both artwork and cryptocurrency, will be donated to AstroAccess.

Background: The idea for the mission was conceived by Josh Hanes and his team at Uplift Aerospace, a company building the Web3 infrastructure that allows private assets ownership in space (satellites, vehicles, data) to be owned and transferred as NFTs, which is part of their agreement with NASA for the International Space Station.

The Space+5 mission follows in the footsteps of the Inspiration4 all-civilian astronaut mission, and aims to generate awareness around the benefits of Web3 and A.I. for space exploration, and the necessity of increased inclusivity in space. The Space+5 mission started by launching an NFT project to fund the mission, which was originally going to send just one astronaut to space. The community selected a total of five astronaut candidates and lobbied to send all five to space. With the support of Nouns DAO and other sponsors, we can make this vision a reality.

TRENT TRESCH: Trent is a founder of the University of Arizona’s Center for Human Space Exploration who spends his days flight-testing hardware, building spacesuits, and training others

An emerging leader in the rapidly transforming space industry, Uplift Aerospace is pioneering revolutionary systems to manufacture, trade, and deliver products for a multiplanetary economy.

Space+ is the first web3 aerospace company using blockchain technology to connection communities on Earth with culture and commerce in space.

Thank You to Nouns Community!

Noun53 - For believing in the Space+ vision of proliferating the meme to space!

Noun22 - For feedback, support, and guidance on our proposal

Benbodhi - Connecting us with Nouns and creating the initial vision between Mike Mongo, Toady, and Noun53 during the 24 hours Nouns Twitter Space

Toady - For feedback and support of our proposal and the amazing Mike Mongo Noun artwork! 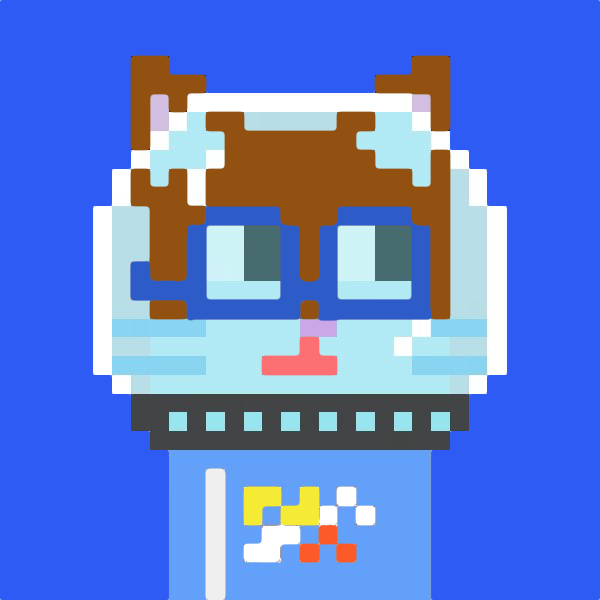 BigshotKlim and https://www.bigshottoyworks.com/ - For creating and sending the incredible Mike Mongo inspired Noggles (Monggles) for the Space+5 for astronaut training and to bring to space!

this is such an incredible opportunity for NOUNs to be seen as a positive force for social good in the world. Proliferation of the brand in a positive light will be to the moon!

Finally got to meet the space+ team in paris at the international astronautical congress and i have to say I’m blown away by their presence and professionalism.
Looking forward to anything they do

Increased global awareness for Nouns DAO and the strengthening of the Nouns brand, via the 20+ million global impressions that the collaboration is expected to generate.

Is this based on the assumption that the space flight happens in the future? What sort of outputs would be expected for this specific proposal?

Great question! Thank you for pointing it out. This is something we get to add to our proposal. Happy to share this.

For the ZeroG training alone, being staged at the NASA Kennedy Space Center, October 22 with NFT artists such as The Stoics’ Gabe Weis and astronaut Dr Sian Proctor joining us, we are figuring conservatively for 20MM impressions.

For the full Space+5 mission, including the spaceflight, we anticipate over 100MM impressions.

Here are the numbers we use to support our figures:

*For a number-based example: Space+ cost per impression on Twitter for comparable social media promotions was approximately $0.003. If Space+ were to do a direct social media campaign in October and November to achieve 20MM impressions, discounting points 1-5 above, it would cost approximately $60k. As mentioned briefly in the post here, we have a top digital marketing brand running the social media and comms, and we feel that the high engagement media that will be created during the astronaut training will lead to a cost per impression lower than the $0.003 mentioned above.

We are insuring these points are communicated clearly in the actual proposal. Thank you for this feedback!

If you have additional questions, that’s good, too. We are looking for as much feedback as possible before we make the proposal. This is about using the strength of our platform and outreach to spread the joy and fun of Nouns, and we cannot imagine a more fun place to do that than zero-g!