We’ll team up with Bloco dos Patinhos to pull off the first nounish Carnival Block ever!

In case you’re wondering what is a carnival block, don’t worry:

Carnival blocks, carnaval blocos or blocos de rua are street bands that mobilize crowds on the streets and are the main popular expression of Brazilian Carnival. These parades fall under the term “street carnival”, and happen during a period of about one month, beginning before and finishing after Carnival. - Wikipedia

More than 15 million tourists crowd the cities during the Carnival to enjoy thousands of blocks. It’s the most awaited time of the year for all of us! 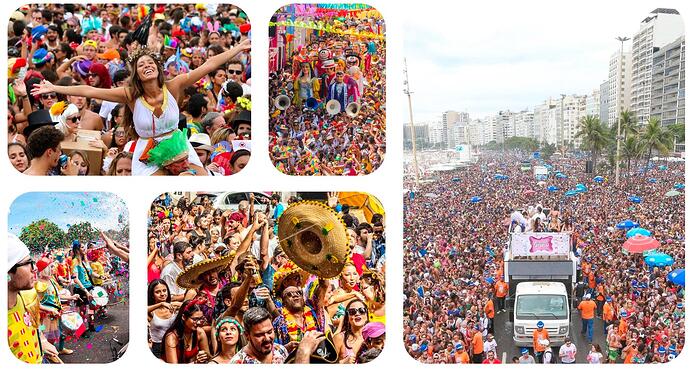 This is the first year after the pandemic that the carnival blocks are allowed to happen, that’s why we’re so excited for this! The choosen block is the “Bloco dos Patinhos” (or “Lil Ducks Block”) - a traditional event at Rio das Ostras, one of the most visited touristic centers of Rio de Janeiro state.

Here is how most of the blocks work: people buy the abadá - some kind of shirt that serve as the ticket. Those who buy it stay inside of the rope and next to the main truck, with all artists and the sound system. Those who don’t stay outside, which is pretty amazing as well.

Partnering with them will allow us to put Noggles literally everywhere. We’ll change their logo from this (left) to this (right): 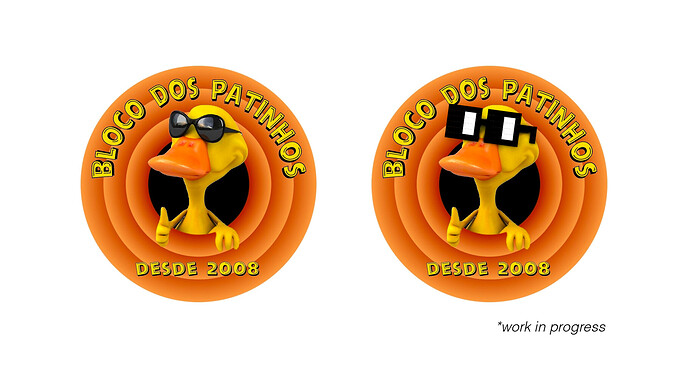 We’ll nounify everything! From the abadás to the truck itself. We’ll distribute paper Noggles and paper fans (very common in these events) with informations about the DAO and also have backdrops so people can take pictures. All artists will be wearing Noggles and we’ll distribute condoms as STDs as a prevention campaign. To capture this nounish moment of joy, there’ll be a film crew with us during all two days of the event. 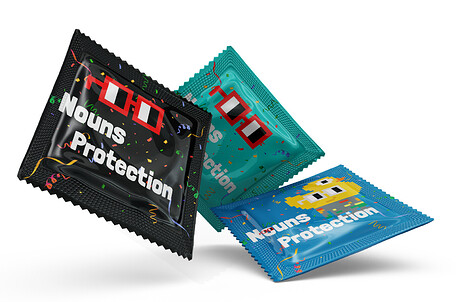 Great Idea, I support it!

Hope it pass, because I wanna go on that “bloco”!

True Rick. This block is incredible and can give a great media visibility for nouns in our carnival that is already very well known and respected in the world. Thanks for your support.

After receiving some feedbacks, we managed to reduce the proposal execution time from 5 to 3 days, which allowed a significant reduction in the budget, from 9 ETH to 5 ETH. This shows our capacity to work in an agile and efficient way, without compromising the quality of delivered results.