PLEASE REACH OUT IF YOU WANT TO PARTICIPATE

The grants should start latest 6 months after the funding of the pod.

Its all about the money

02_Its all about the money1920×880 145 KB
Funding affects what is studied and what is published. With the science pod we want to invest in new science by new minds. We want to provide three grants to short-term research projects of early-career and mid-career scientists. These people have really cool ideas but they don’t get the funding because they compete with a lot of success stories of well established scientists.

The average age of scientists receiving their first substantial grant is 46 and is increasing over time.

Early stage scientists have difficulty in establishing their line of research, as it is new and most likely low on previous results and published papers, making it difficult to obtain funding. Therefore, it is hard to advance in their careers, as they will have less money for experiments and staff, leading to slower progress in their research and number of published papers when comparing to long-established scientists. We will be stepping stones, helping them conduct their research and get the data they need to apply for larger funding. We will help them advance in their fields, to propose new theories and put them to test. We will help them move science forward.

As made clear by historians, philosophers, and sociologists of science, scientific advancement is best promoted by ensuring competition between ideas, paradigms, theories, methods, and approaches. A prerequisite for advances is therefore systemic underpinning of diversity, originality, and risk-taking. Dispersal of funding among more individuals and groups is one way to secure this (Aagaard et al., 2020).

And we believe this to be incredibly nounish.

The idea is to make the pod simple and straightforward for grant applicants. The requirements are:

How the nouns.science process would look like (mature process but not final, yet - can still be changed):

We believe the number of pod members should not be > 5 to keep high bandwidth communication and relationships. Currently we have B and niftynaut and are actively looking for more contributors. Please reach out to nifty if you want to contribute. 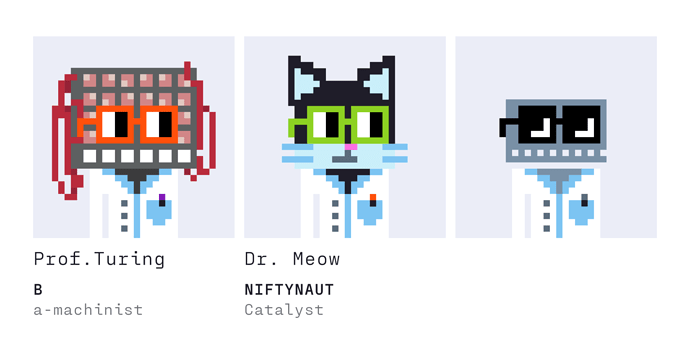 What will be done with that money?

What pod members will do:

Great idea. I’d be really curious to see how something like this would turn out. I always see massive research grants that are government funded, so it would be really cool to see what could be done and how much demand there is for smaller amounts like this.