Misuse of Delegation and voting power?

First of all I wanna say thank you for actually coming in and saying all of these things.
What I’ve seen on discord and discourse is other people jumping in trying to take their side and others directly ignoring it, and by ignoring it I mean diverting the topic by any means on discord. When some nouners started asking questions from Toady as well his messages were clear that he was annoyed by nouners asking these. And as soon as this has happened his friends have jumped in chat and diverted the entire conversation from that point on. So these lack of answers raised even more questions.
A week ago I started questioning these and they got offended and made fun of me, saying I dont have proof of my claims that they are misusing their votes to win multiple times again and again. Now that I showed proof they went silent instead of attacking in just 2 days timespan. I later on find more proof and others started speaking up as well
Summary :
You guys are taking advantage of lack of moderation and delegated nouns for your own benefit.

I do think that the dynamic shifts when you have cross ownership of Nouns assets tho.

Lil Nouns owns 8 nouns now, so doesn’t the entire Lil Nouns ecosystem have a legitimate interest in the treasury spending of Nouns?

Does that make everyone who owns a Lil Noun not part of the peanut gallery?

Look, it comes down to the fact that this is your opinion. I sense that after listening to closed minded and badly researched opinions becoming the main points, especially when it’s attacking the hardest working people in the community, no doubt people will bow out, especially when you devolve into bad language.

But maybe this point needs to click for you: Nouns DAO is a protocol. Read the contracts, see how it works, use it or don’t.

How the noun owners use their votes, whether inactive, active or delegated, is the owner’s call. It’s very simple. If you try to imply there’s a social law on how to use them, where is the line in the sand? Those rules change from person to person. Sentiment changes. That’s the beauty of this, the protocol is written in code and is open and auditable. Also you’re able to submit your desired changes to the protocol via proposal. Trying to socially shame people into changing how to engage with a protocol is probably futile.

I think it’s time you dig deeper into how everything works at the protocol level rather than the social level for now.

There’s many fractionalised noun owners. This would mean there is many people interested in how to vote on proposals at nouns.

An “interest in how the nouns treasury is spent” is exercised by voting using the nouns.

Retro actively hunting down audits from people that actually do work in the ecosystem is not required. If you aren’t presented with the information that satisfies your vote, you vote against on subsequent proposals. How many things have you seen that would never be funded again? The Noun Square in particular has been funded repeatedly after the DAO has been presented a clear and concise proposal. Which means a lot of noun owners see benefit.

I hope this helps.

Hello GM Nouns Dao.
I’m here as one of the TNS participants contest.
As i see, everytime TNS held a contest, mostly they have the same winners again and again.
They didn’t give any chamge for other participant to win.

Yes, everytime voting start they will vote the same artist. You can check the complain on TNS discord.

Hello GM Nouns Dao.
I’m here as one of the TNS participants contest.
As i see, everytime TNS held a contest, mostly they have the same winners again and again.
They didn’t give any chamge for other participant to win.

Yes, everytime voting start they will vote the same artist. You can check the complain on TNS discord.

You can put this up with the TNS team itself right?

Yes already, not only me but lots of participants complained but the the TNS team seems doesn’t took it very well.
Majority of the voters had connection with the participants, so they will voted for them.
Same winners each contest, and the voters ignored the other participants entry which is more good

You can check the contest winners from TNS, prop, Internationnouns and you’ll understand why i said this.

Yeh I get what you are trying to say, I jumped into that channel and saw after a while @Benbodhi was active and answering. 1 month is a long time

I don’t know where to tell this issue again.
TNS prize reward since November hasn’t distribute.
Many winners doesn’t get their reward.
TNS need more team to fixed this

When you see on the group, people complaining about their reward that hasn’t distribute, yet the admin just promise repeated.

Today, tomorrow, next week, next month but never realised.

Fix this please, do not make Nouns DAO negative because of this.

Hey!
sadly, I’m aware of the issue you and many artist have, also its discouraging to see that people see me as someone to complain about this instead of the TNS team for some reason. I request you and others to join the Noun’s Jungle server where currently another prop for the TNS is running.
Kindly join the server below, verify or welcome etc anything and find the channel " 226-the-noun-square… and speak. 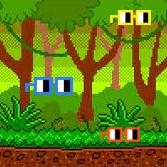 Check out the The Jungle: Nouns DAO community on Discord - hang out with 428 other members and enjoy free voice and text chat.

oh wow going back at this thread after a while, literally missed your points here. Thank you for this insight

Visual presentation of wat 2 do , join, entry channel being the first thing you see, verify or something and scroll down under “upcoming proposals” and drop your questions to the TNS team there instead. Glad I could help

It is enough to introduce a simple control mechanism, placed in the hands of the community of each of the groups that make up the nouns ecosystem.

One vote would be given to each member who joins a group on discord. It’s so great that these groups have been heavily fragmented. (The main channel actually died).When someone joins “from outside” they get 1 vote. They would act as shop stewards.
And what would these votes give? Well, they would introduce the principle of rotation and the possibility of dismissal of delegates. E.g. through some kind of petition to the owner of the noun.
Better to control from below than from above. Then we have full democracy, and no one will complain about the delegation holders, because if they are transparent about spending and voting, no member of the community will have to use their vote against them.
Introducing something like this would not be technically demanding either.