Although our prop.house proposal #1256 did not pass, we have continued our goal of introducing the Latin American community to Nouns. Proliferation and onboarding of Latin American creators has been our number one priority!

In the single week since its inception, NounsLATAM has accomplished the following: 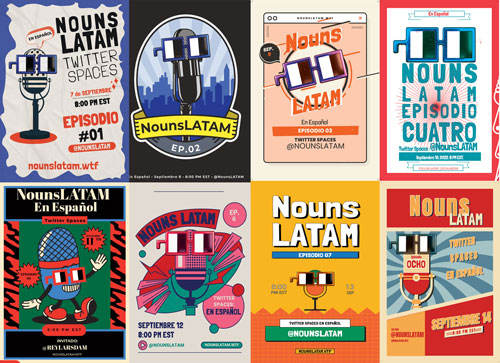 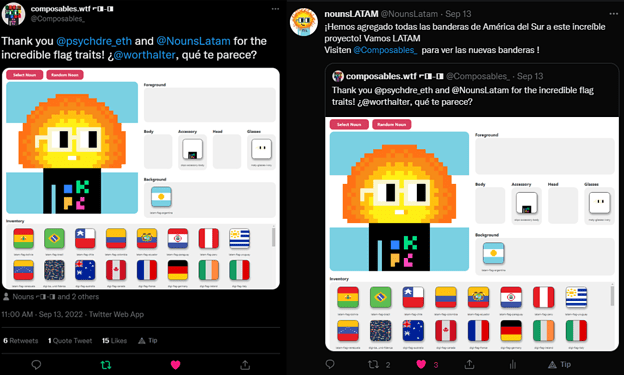 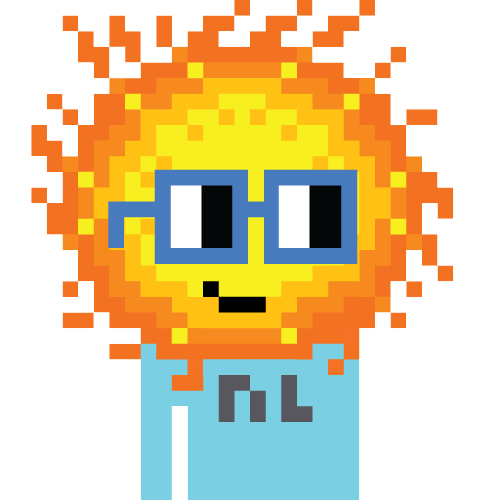 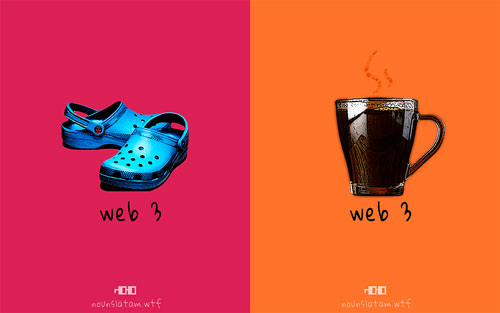 We have produced ALL of this incredible amount of digital proliferation on zero budget, absolutely for free.

With Phase 1 of our project off to a fierce start, we are now here at the NounsDAO community asking for our first On The Ground activation at Colombia!

This funding will be used to bulk order merch and items for free distribution in a NounsLATAM Colombian Tour, cover venue rental fees, and cover travel logistics.

3 Major ways to proliferate Nouns in the amazing country of Colombia!

We are going to use the funds (2 ETH per city) as follows:

We are also excited to work with vendors IN Colombia to create some of the Nounish merchandise. Supporting free trade and local Latino creators is a key part of what we are trying to accomplish
.
The logistics cost (2.5 ETH) will cover travel, transportation, and lodging for one week.

Bogota - Our applications have been approved and we have secured entry as LatAm Builders at DEVCON Bogota 2022. With the funding, we will be representing Nouns within the Latino community in Spanish at this major 4 day crypto event deep in Latin America (LATAM)

Medellin - We have secured a night for a special Nouns Takeover event at a secret location in a blockchain/crypto speakeasy!

(Photos from the venue) 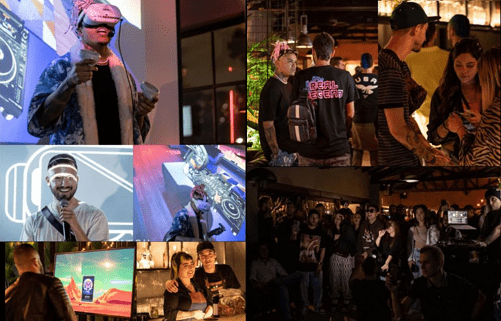 Cartagena de Indias - Cartagena is this single most popular, tourist filled (leading cruise port in ALL of South America), and cultural city in all of Colombia. Unlike Bogota, Cartagena is a meca of tourism, which opens up an incredible opportunity to proliferate Nouns to a completely untapped demographic.

We have secured an unbelievable, once in a lifetime opportunity to hold a pop up shop inside Las Bovedas (The Vaults) located inside the historic Walled City.

There are only 23 of these incredible and historic vaults in existence. Today, they are an incredibly popular tourist attraction where Colombian souvenirs are sold.

We are in direct contact with the owner of one of the vaults, and with their permission, we have secured a way to Nounify the vault. ( THIS IS FUCKING AWESOME) We will be the first to Nounify a World Heritage Site and bring NounsDAO to this cultural level of recognition in the world.

LATAM PROLIFERATION
By attending these awesome events during one single tour, we can proliferate Nouns to the Latin American people of Colombia. Noun swag including shirts, pillows, bags, notebooks, pens, stickers, pins, and other items can make their way freely to new corners of the Earth that Nouns have never even thought of visiting. Since all of these items will be given away for free, and gamified to involve Social Media interaction, we can grow not just physically but digitally as well.

TEAM
Psychdre & Angieluxd
We have spent a significant amount of time IN Colombia. We both have a wonderful love for the country and a rich amount of connections.

Angieluxd has previously lived in Cartagena for over 5 years, and her roots and family connections are deep within the country.

Psychdre was recently a guest speaker at Colombia 4.0, where the Colombian government flew him out exclusively to speak about NFTs. Further, he spoke at The Center for the Fourth Industrial Revolution & The Chamber of Commerce, both in Bogota, regarding NFTs.

Our ability to execute as a team goes far beyond what is expected. Our background has led us into working with some of the world’s most iconic brands, including The Rolling Stones, Vogue, GQ, Vanity Fair, Wired, Bon Appétit. The video editing skills & digital graphics we provide are beyond professional, and a strong video promotional package will accompany the tour of this amazing country.

NounsLATAM has been incredibly inspired by Nouns On The Ground and the groundbreaking job they have been doing with guerilla, IRL proliferation.

With this activation tour, we are looking for an opportunity to advance to Phase II of our NounsLATAM project.

Colombia is an amazing country filled with amazing people excited to dive deep into web3. With Nouns DAO, we have an amazing opportunity to introduce them into the amazing Nouns Ecosystem via NounsLATAM.

Thank you and see you in Colombia !

Very cool! What dates will you be in each city?

Kickoff beings during the week of Devcon Bogota, which starts October 11th - 14th
Afterwards, comes the Speakeasy event in Medellin, pending dates of 14 - 15t
Lastly, the World Heritage Site Pop Up Nouns Store in Cartagena with pending dates of 15 - 16.

We need the funding approved in order to lock down dates and venues with the owners !

Psychdre, great prop! Well written, persuasive, and well supported. I think a good number of people are getting to know you and love your work, so that helps. I don’t think this prop needs anything changed, but if you are looking for feedback to slightly strengthen an already strong prop, 2 small things came to mind as I read…

Again, not needed. I think the prop is great, but when someone asks for feedback I try to think about how to add a little bit if something comes to mind.

Love the detail in this prop (esp the cool graphics!)

Thank you for your feedback, we worked really hard to make the prop as solid as possible.

“While I can’t disclose exact figures per wave, our venue capacity is over 5000, and we’re working to distribute as many tickets as we can through as many different methods as possible!”

Proliferating to 5000 people does have a nig ring to it !

For the reference, Devcon Bogota had 10 Waves of tickets.

Cartagena is without a doubt the single most tourist filled area in ALL of Colombia and the pop up store is located inside the single most popular place WITHING Cartagena, the Walled City. Part of the strategy here will be not just to wait for people to interact with the store, but ON THE GROUND proliferation by having on-screen interviews around the amazing Walled City. This ties in to merch and swag giveaway as well.
I am fully fluent in Spanish so that’s going to be really fun! More than likely, yes, I will be wearing the ‘funny glasses’ LOL

Bradq seriously big thank you for your awesome feedback! Looking to make this vision become a reality !

Thank you so much @RyanKiaWeb3 ! We worked really hard to make the graphics POP !

excited to announce that NSFW will fund this! very excited to see the results

Hello! Joined the discourse just to post in here.
Mexican American here; my fianceé is Colombian (from Cartagena in particular). Spend a lot of time in CO/MX and we’re in Cartagena currently. Very curious to see how I can participate and/or help!

Saw I just missed tonight’s Spaces, but will tune in next week and say hello.

I hope to find you guys there, LFG!

NounsLATAM truly wants to thank you Noun22 and all of the community for the support. Can’t wait to blow you guys away!

So excited you are in Cartagena, it is truly an amazing city. Any help is welcomed and we truly appreciate you joining Discourse just to reach out, simply amazing. We are having Spaces for NounsLATAM constantly, so feel free to hope in to chat anytime ! Next one is today at 8 PM EST.

● We substituted our second city of Medellin for the city of Barranquilla. This was due to a scheduling conflict.

DEVCON - One of the benefits of not been anonymous, is the ability to be approached and recognized. This is exactly happened at DEVCON 2022! A number of attendees recognized us walking through the conference by spotting our Noggles, jackets, pins, and LED backpack. We introduced a large number of attendees to Nouns DAO through interactions and natural conversations that could only be achieved in a face-to-face environment. We gave away merch, took photos, and made sure everyone knew Nouns DAO was been represented at DEVCON!

Las Bovedas (The Vaults) - We Nounified The Vaults of Cartagena! Once the pop up shop was Nounified, we invited kids in need, parents and public workers to receive free NounsLATAM / Nouns DAO merch. It was truly an amazing and fulfilling experience.

We desgined and created:

Check out our designs, which we spent HOURS creating ! 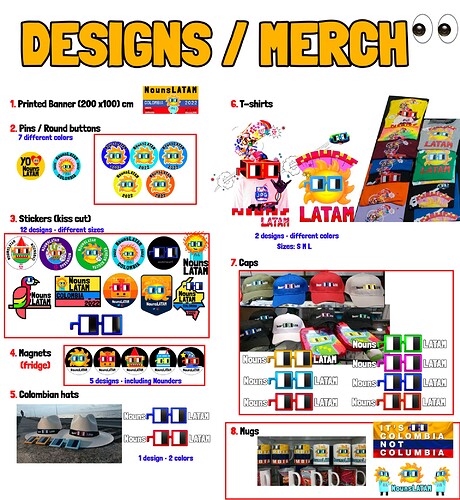 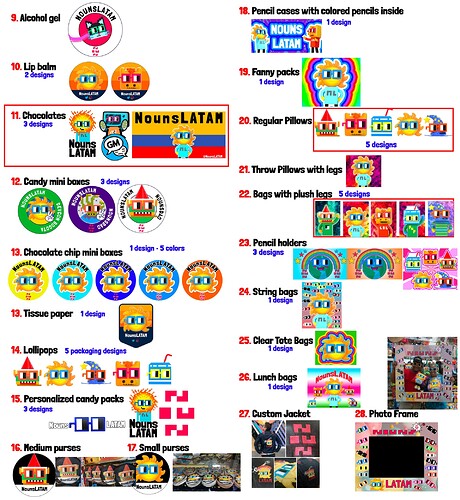 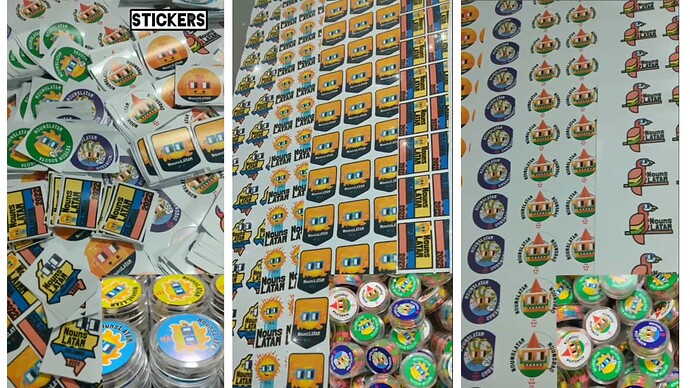 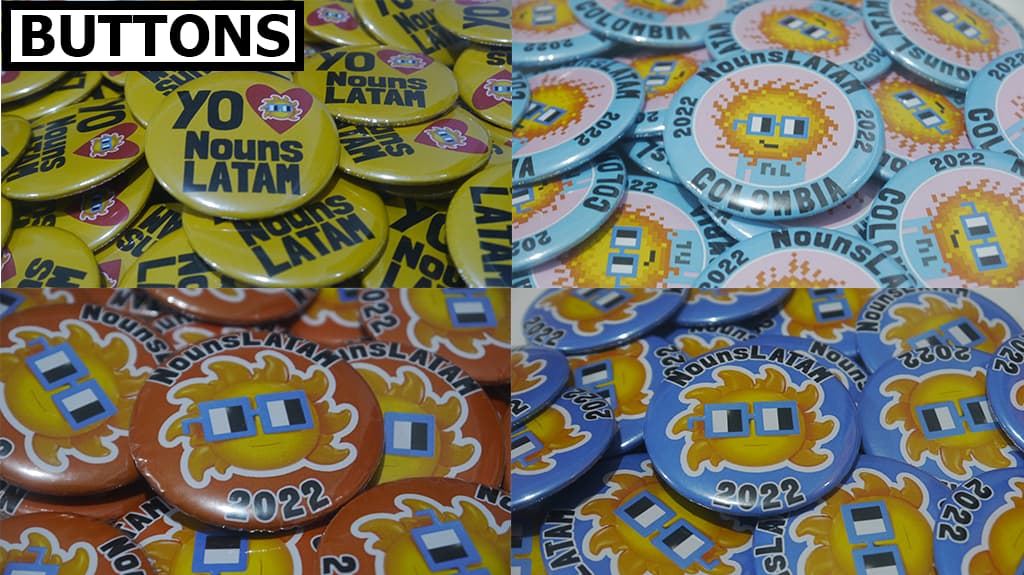 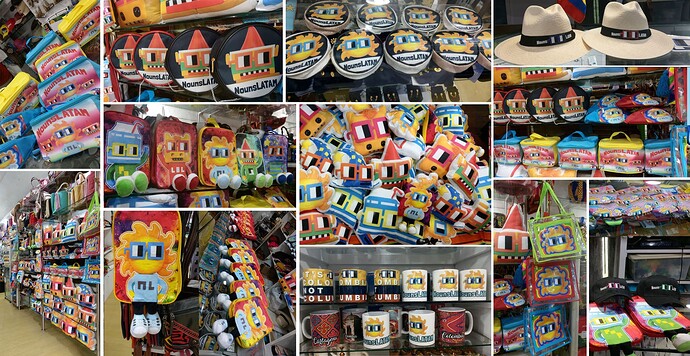 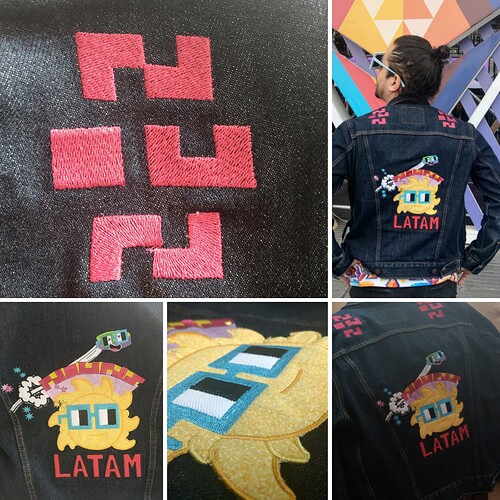 The best part is, that per our proposal, we gave away merch to local kids, parents and workers inside the Walled City of Cartagena. It was truly a heart warming moment, and we can’t wait to do it again! 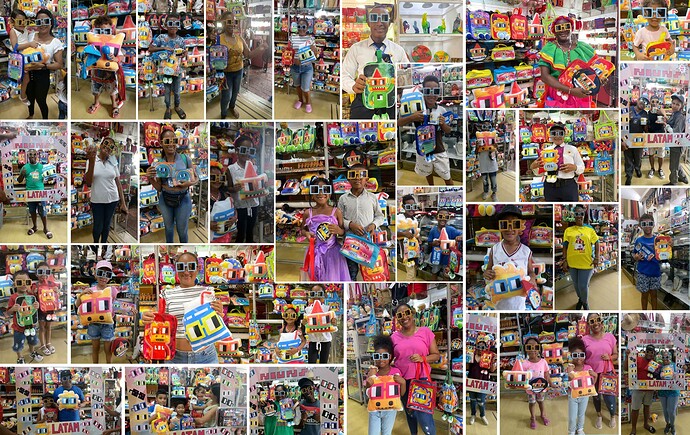 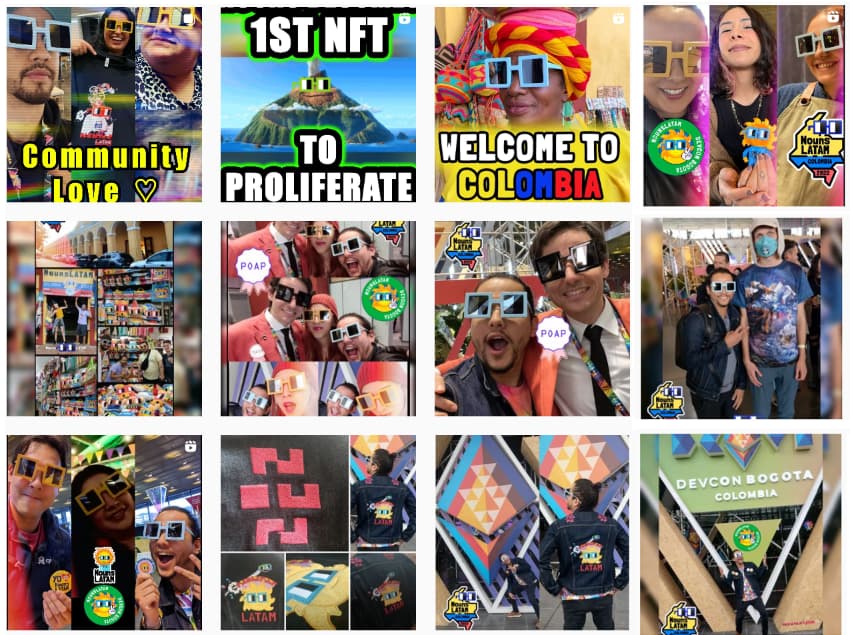 *Worth noting that a number of the IG stories, were stories posted by other people and re-posted by NounsLATAM, showcasing proliferation from OTHER sources! 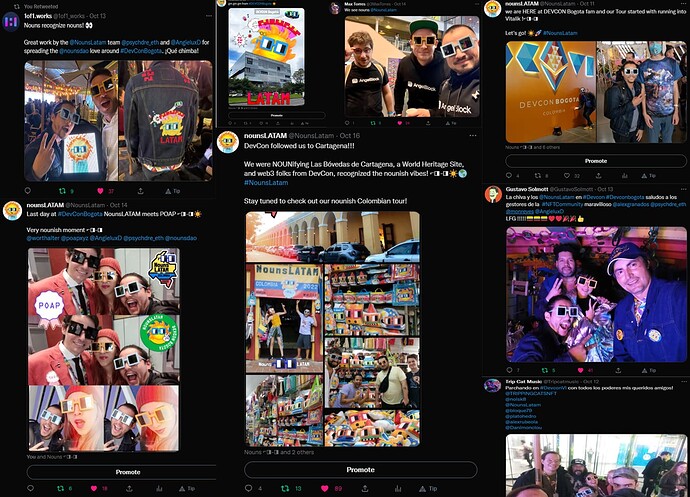 These videos will also make their way to Tik Tok and other Social Media platorforms!

We would like to extended a big thank you to Noun22 + NSFW team + Nounders who believed in this project.!

NounsLATAM will continue proliferating both physically and digitally every day, forever !