How much Nouns $$$ have you been funded with?

This thread is taking shape in a really good way, thank you everyone. For those of you that are new to understanding delegates you can view them here: https://www.nounsagora.com/

“Their idea got funded, so surely mine should too.” It’s imperative to embrace the idea that funding should never be expected and not everyone is entitled to funding. You will get caught in a self-defeating cycle if you’re going in manifesting otherwise.

Oh damn that hit me like a train wreck. Ty for this hahaha

Well, transparency is needed, first & fore-mostly that is the bottom line. If you want to make money from the Nouns ecosystem then you need to be open and show everyone how much money you’ve ‘extracted’ from the Nouns Treasury. IMO this is the fundamental advantage of the protocol as it’s all on-chain.

This is really important and should not be ignored. It seems like always the same people that are getting funded by the DAO. Is there a spreadsheet somewhere of this data? @RGB-NOUN @Evil do you know?

Only then can we talk about a “fair” market with Nouns community. 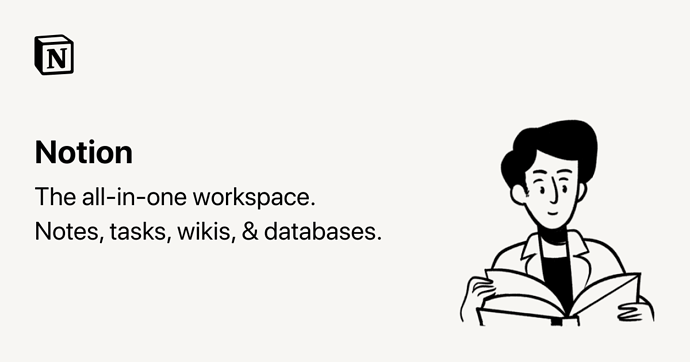 Notion – The all-in-one workspace for your notes, tasks, wikis, and databases.

A new tool that blends your everyday work apps into one. It's the all-in-one workspace for you and your team

This only shows limited data. The Noun Square Twitter got funded for $554,000 USD. Who is getting paid from that? How much is Toady Hawk and Aubtoshi paid? Those two people are always getting funded by the DAO.

“Transparency is needed, first & fore-mostly that is the bottom line.”

@toadyhawk @Aubtoshi can you give details on where this money went?

Notion – The all-in-one workspace for your notes, tasks, wikis, and databases.

A new tool that blends your everyday work apps into one. It's the all-in-one workspace for you and your team

Well community management is an under rated work my dude

They are managing twitter spaces everyday and making things around it, maybe thats why

wait holy damn
half a damn million for 5 months are you guys kidding me wtf?

Half a million dollars for 5 months is a LOT, but my problem is its not transparent where the money is going. Maybe toady hawk or Aubtoshi can give details?

Or others on the team, 142, Ser Noadz, SuperTightWoody, Benbodhi,Sam Ellis, @tracybcarpenter, Ryan Mac, @joshuafisher, maty, you are on Notion site, or anybody who can speak.

Some of the money goes to contests and prizes, the rest goes to pay the staff for their time and efforts, the monthly breakdown varies each period based on a combination of work preformed and votes from staff how to expend it.

Is this data public Sam? Can it be public @SuperTightWoody @Benbodhi?

Here’s an example of the Nouns Atm pumping out cash to a project for 5 months worth of operational costs which is a SUBSTANTIAL amount for ANY project to receive in the ecosystem. You can break this down to 99.12 eth per month = 495.98 eth @ $1 116,99. Transparency is key as to how much each team member has received and how much has been spent on giveaways etc. Why is transparency needed: when a majority of new projects are scrutinised for asking for too much money to execute their project, do…

Nice discussion with a bunch of great points being brought up.
I personally. have not received any funding. Hopefully, that changes with my recently submitted prop.
I like how the transparency issue has been brought forth but at the end of the day not sure that would change anything. It may or may not be so common in NounsDAO but I will bring up something that I have noticed within Lil Nouns props. Many holders openly communicate that they will swing votes in favor of not only holders but holders that are active within Discord/community. So it is very much like a buddy system scenario. If you make friends within Discord of holders that have groups of voting power…you will most likely be approved regardless of your prop.
Another point to consider with individuals within NounsDAO that repeatedly get funding. I would think it’s pretty safe to assume that someone who has received funding and delivered as stated, would get some preference when it comes to voting.
Anyhow, great discussion!

So it is very much like a buddy system scenario. If you make friends within Discord of holders that have groups of voting power…you will most likely be approved regardless of your prop.

This is very true, you can see the Noun Square wallet, the Nouncil wallet, the Ugly DAO wallet and now the NoMo wallet all have same signers, all led by Toady Hawk. They just vote for themselves, no one else has a chance.

Why is transparency needed: when a majority of new projects are scrutinised for asking for too much money to execute their project, double standards cannot be at play in the ecosystem. This is only fair to the community.

I am personally not against people being compensated, you giving in time and effort and should be compensated for sure. Web3 jobs are over paid since not many people are here to look into things and manage. But the same number of people over everything? For real everything under a same group of people is not okay at all

The same signers show up because of a proven track record, where everyone else involved trusts them as signers. Or were the founders who mentioned on the proposals who would manage the multisig. I can tell you we don’t make lone decisions on them either, in all cases, related team/community consensus is reached before any transactions are made.

In regards to numbers, it seems like you know the wallets to look at now. I don’t actually know personally tbh. I spend more time working on nounish stuff than counting how much I’ve made. I’ve spent almost every day this year doing nounish things, 16+ hour days for most of it.

@Benbodhi you run to defend your Ugly friends in discourse now, but even after all this attention you do not disclose that you are Ugly leader, you are the main wallet signer with Toady. Meanwhile, @ripe does disclose in his vote.

Maybe Ugly is not all ugly, but the do have ugly leaders who are not interested in being honest with the community.

I’m not running to defend anyone. I’m simply responding to all this conversation I had to read through after being afk for a while. Would appreciate keeping the conversation in one place since you’re already wasting so much time. No need for the duplicate word for word replies across platforms.

Responding to the Topic in this thread How much Nouns $$$ have you been funded with?:

I haven’t received any funding from NounsDAO or subDAOs for a Prop. I just submitted my first prop to the Discourse, and on Prop Lot.

I’m going to respond to two of your comments in another thread because I think they both help me address my Prop!

I agree that funding should be transparent. On an aside, I feel that as the Nouns ecosystem rapidly expands it has become a little confusing, even for someone who’s been Nouning around for many months (to be expounded upon in another post, perhaps). What I’m going to hone in on here, however, is the do good with no expectations thing. As someone (also with no grants, no Noun, but a few well-chosen derivatives and > 1 pair of Nouns Glasses) I can say that I understand 4156’s do good slogan, since that’s the best spirit in which to undertake a project where remuneration is not certain. The alternative, do good and expect payment would cause unnecessary grief. His statement was a diplomatic one. As a creative person, I get it. It’s prep for possibly being rejected. I recently experienced this, for example, having applied to two NFT art marketplaces. One promised to follow up with me in a week, and never did; the other sent me a timely letter of rejection. You might think: how’s money involved in this? Well, I was in a hurry to put original art up in the market (call that market A) where I’m known most as a collector. The longer I don’t submit art there, the longer I am being held back from many potential customers. That’s money. My point is that I am upset with the marketplace that never got back to me (A) despite the promise to, because I was told to expect something that never happened. Versus to the other market which made no promise but respectfully informed me of my non-inclusion, adding that I am free to reapply. I wouldn’t be upset with the negligent marketplace (A) had they made no promise (I simply would have done good without expectation). Now I’ll be hesitant to refer artists to them. This may seem like polishing the stem on an apple, but I think it is very important to keep an eye on first principles as the Nouniverse gets exponentially larger and more complex. Having fun and doing something in a light-spirited, fun way, is the essence of Nouns to me. That holds true regardless of someone’s wealth. Many optimistically-minded people of far less wealth than any Noun holder have been saying slogans along the same lines as 4156 for decades. Let’s not watch first principles crumble.

We know how much $ each person has been granted via etherscan.
We can also see down to how much they asked for vs what they actually received due to market fluctuations… that is how well we can see.

We can certainly ask: did those dollars go to proper use?
How well did the proliferation function do?
Did the project set things in motion so that down the road over X amount of time, my neighbors children, who are into tech and science and characters may one day discover nouns, and that doing so will instill a sense of discovery?

We can ask these questions here, before funding occurs, and use our best efforts to make such a call before the vote is cast.
So I think nouns is as perfect a protocol as can be as to the unknown experience in each category of life in relation to the proposals.

If the proposal is of “marketing”, does what is being proposed really have a shot at achieving XYZ in relation to the amount from the treasury requested?

If the proposal is make nouns the next hello kitty, does the person or team have experience building such, or come from a background where it is as clear as can be this may indeed be an end result in relation to the requested funds?

Is the proposal a request for funds to create stickers to place all over NYC in Obey / Shepard Farley fashion? Are there legal considerations?

Thanks for your time.