Introduce nouns to an estimated +2 million people over 15 months (2 ski seasons), at the largest all-season resort in Hokkaido, Japan from January 2023 through May 2024.

A lot of it will be captured by film makers and photographers and we’ll compile a CC0 media bank that will offer the nounish community assets to use in their productions that capture the nounish spirit in the alpine.

We recently launched Alps DAO, which is a fork of Nouns DAO that is focused on establishing long term relationships with alpine resorts to proliferate Nouns, provide unique membership perks to DAO members and support proposals that enhance on-mountain environments and experiences.

Founded by Benbodhi and ThaSwami who both share a common passion for Nouns and the alpine, Alps DAO has been self funded to date. This has included all development of concepts, code, community and forking the Nouns DAO protocol.

We’ve partnered with Rusutsu Resort, 4 time winner of Best Ski Resort in Japan. The resort accommodates in excess of 3,000 guests per day across 1000+ hotel rooms attracting 400,000+ overnight stays and 1,100,000+ million day visitors per year with a mix of 60% local and 40% foreign visitation. The resort also hosts events like the G1 Summit where the attendees represent entrepreneurs and next generation leaders from Japan.

ThaSwami holds a senior management position within the company that owns Rusutsu Resort, enabling preferential advertising rates and enhancing a cooperative relationship with the resort. 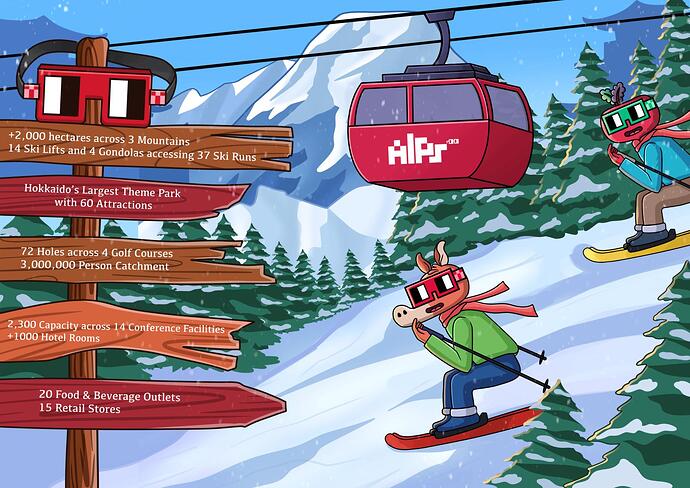 Take a look at the scale of this activation!

Some of the things we’ve lined up:

⌐◧-◧ Thousands of noggles distributed for free across the resort

Noggles handed out en masse to really get the attention of guests and encourage social sharing with strategic hashtags. 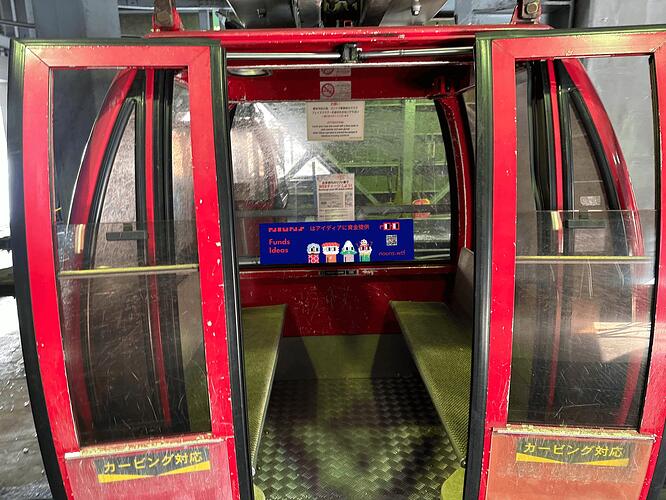 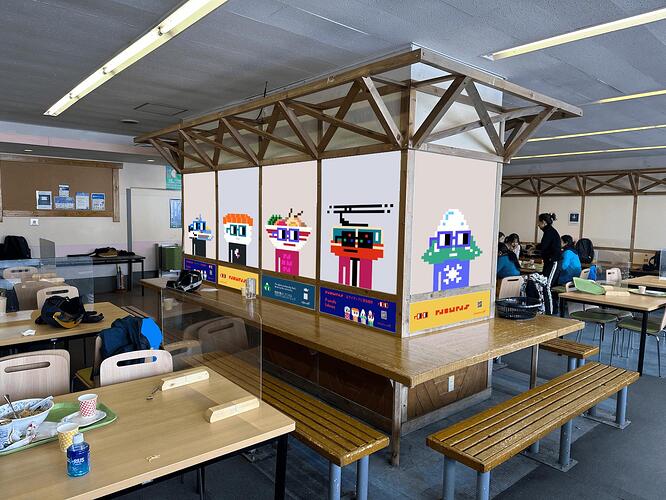 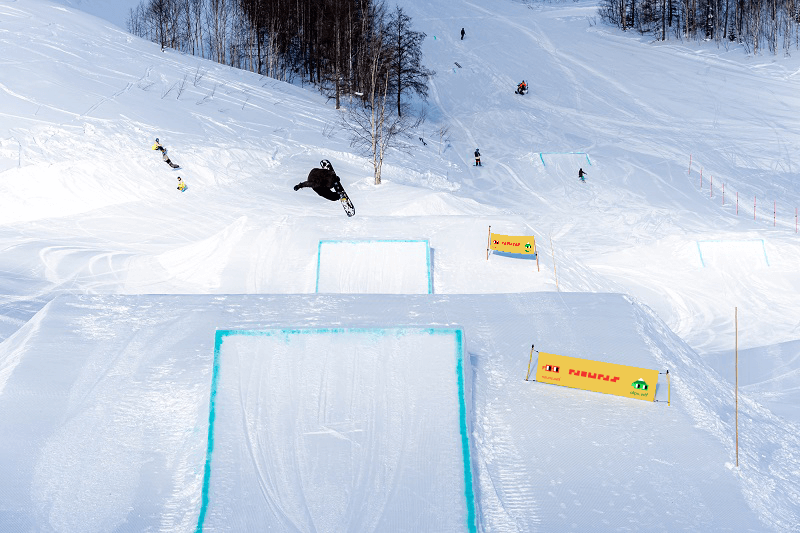 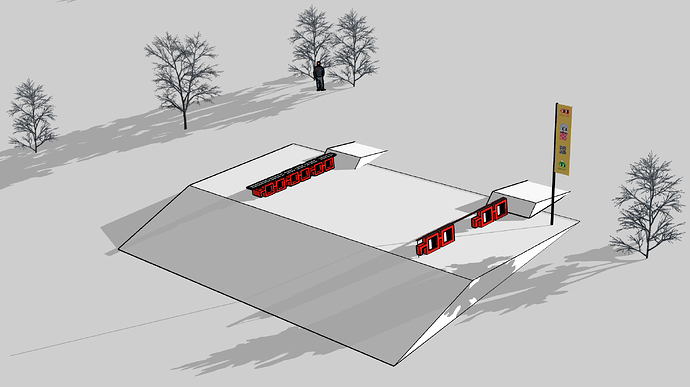 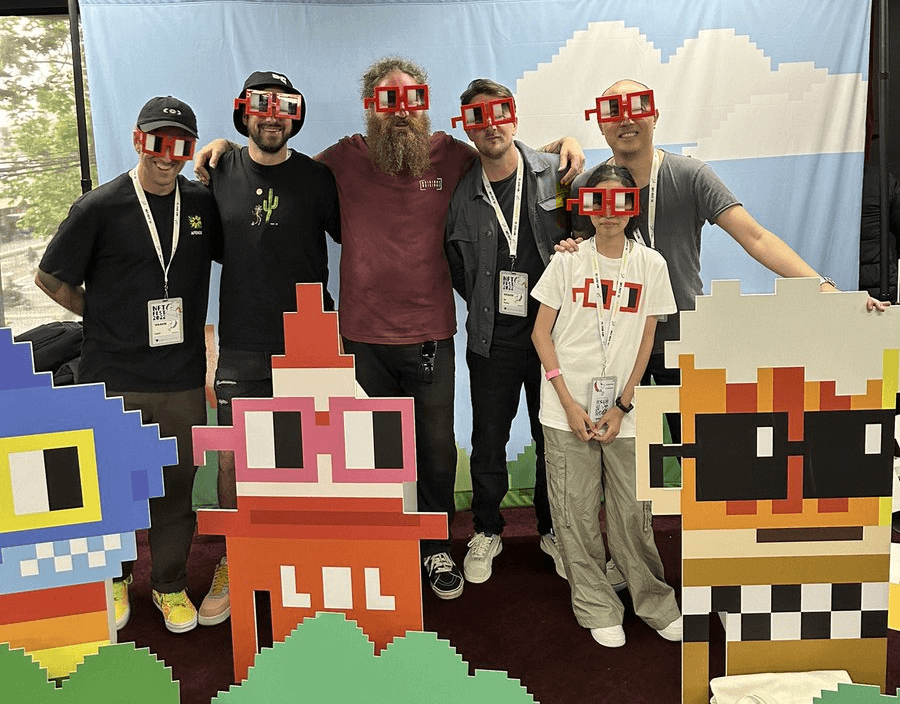 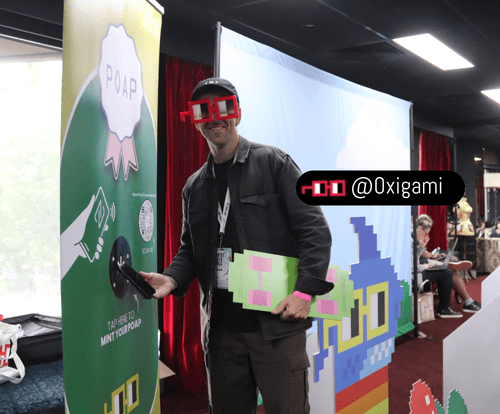 Why The Alpine Subculture? 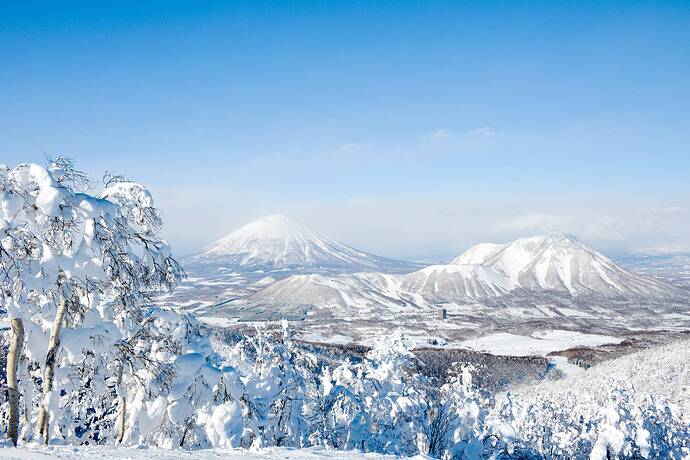 We’ll organise expression sessions to onboard the alpine and snowsports sub-culture to the Nouns ecosystem through community engagement. Both local guests and professionals will be invited to have fun and showcase their skills on the mountain while wearing nounish gear provided and/or riding nounish features.

In the spirit of being nounish, we’ll hold engaging contests and offer prizes throughout the expression sessions for fun and creative categories. We’ll also educate on the potential of sponsorship via proposals through Gnars DAO and Alps DAO.

We will encourage people to capture photos and film of the activities that can then be added to a CC0 repository and shared on social media with strategic hashtags. 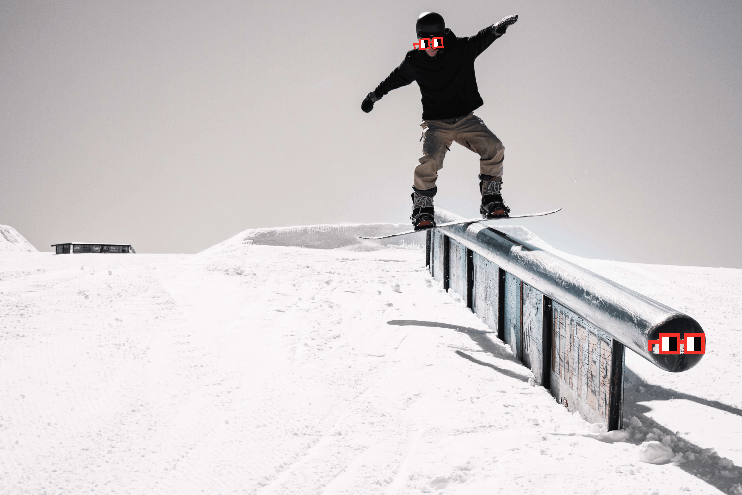 Capturing this nounish alpine resort takeover with world class skiers and snowboarders in the heart of northern Japan will not only proliferate the Nouns brand in Japan, but allow us to start building a CC0 media repository that demonstrates this subculture to the world.

By creating this repository and encouraging the use of the media, it will spin up an incredibly rich nounish content generation flywheel. This has the potential to reach the rest of the world, resonating with the global ski and snowboard community totalling 135 million people.

We will also have independent filmers and photographers on mountain to capture many of the nounish moments and activities throughout the season.

During their time in Hokkaido they will be documenting attendee activities, the proliferation of Nouns at Rusutsu Resort and throughout the local community, athletes and local talent, and all things culturally unique to Japan.

Anyone in the world will able to cut together footage from the repository, all featuring the iconic noggles and create their own films and promos. Imagine the following video at Rusutsu Resort, but nounish. 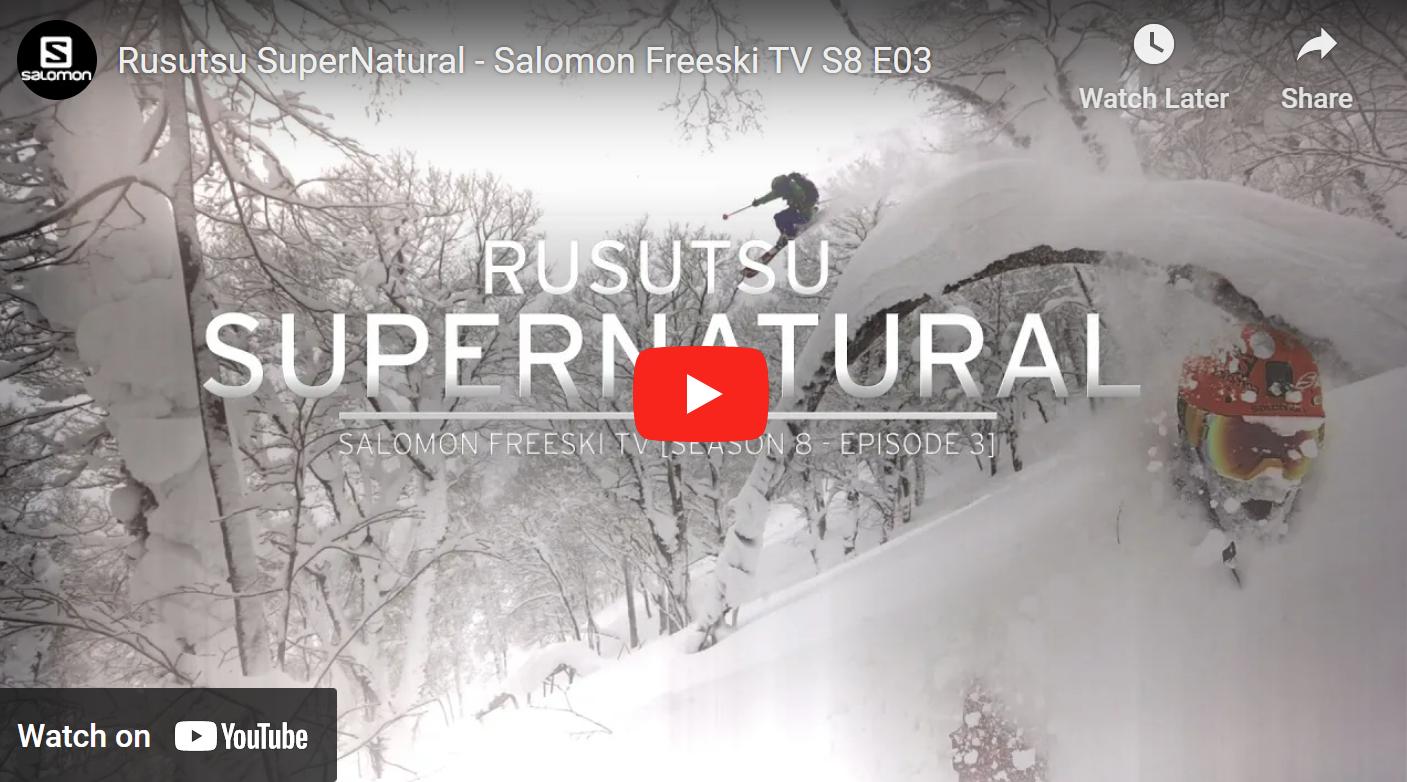 Analytics over the activation period will be captured through a variety of touch points and made available to the community. These include:

Expression sessions and POAP “Treasure Hunts” will be pop-up by nature and held multiple times throughout the 15 month engagement, as will the resort socials takeovers.

There will be ongoing marketing engagement throughout the resort the entire time as well.

The following key elements will take place on this timeline:

Organised film session with nounish feature/structure, compile and present the results and effectiveness of the activation. 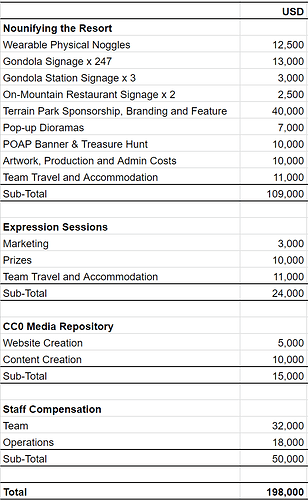 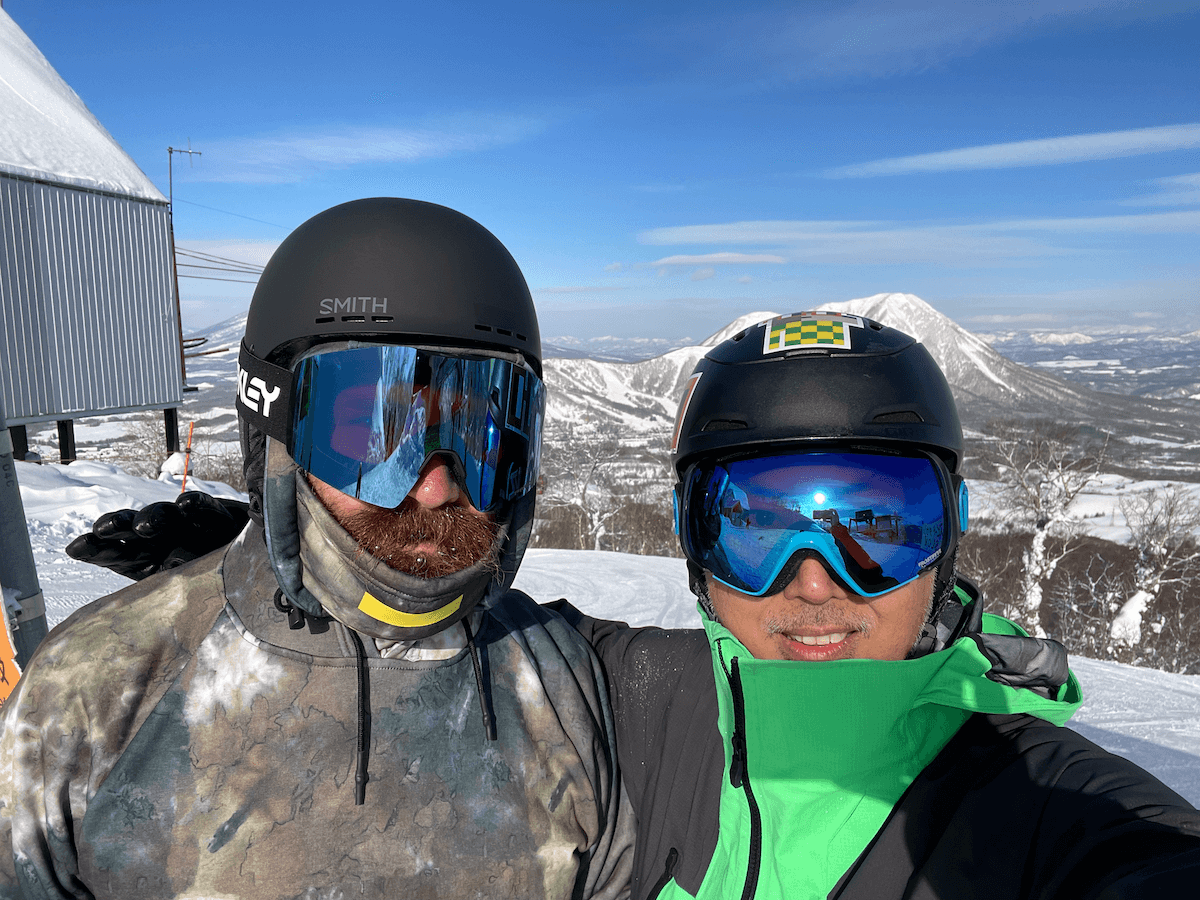 I’ve been a dev for over a decade and have created software that over 1 million websites are actively using. I was attracted to Nouns DAO towards the end of 2021 while digging through smart contracts that were implementing onchain art. I was immediately drawn to the elegance of the protocol and shifted everything I was doing to embrace the nounish lifestyle and have been working full time in the ecosystem since.

As a nounish builder, I’ve founded and been working with multiple teams and projects during my time in nouns. I’m very passionate about nouns, snowboarding and alpine culture!

Having lived at ski resorts in the past, I hope to be a catalyst for making nouns synonymous with alpine culture and introduce this huge audience to the power of community building through the DAO structure while ultimately onboarding this subculture to Nouns DAO.

I’ve been active in the Nouns community since May 2022 when my then 12 year old daughter @lilpurpberry joined the Nouncil as its youngest member.

I’ve been a real estate professional IRL for over 18 years and specialise in asset management, master planning, development and operations within the ski resort and hospitality sectors. I hold a senior management position with the owners of Rusutsu Resort, one of the largest ski resort owner operators in Japan and as such will enhance communication and delivery of the proposal objectives.

I co-founded Alps DAO with Benbodhi in late 2022, with a view to proliferate Nouns through my industry specific network and help build a treasury that will support alpine communities and enthusiasts.

Building on the momentum of the awareness of Nouns DAO in Japan, we’ll introduce Nouns to Japanese and alpine culture through IRL marketing activations over 15 months with an audience of over 2 million people, executed by a passionate team at Japan’s 4 time winner of best ski resort in Japan, Rusutsu Resort.

The success of this proposal will set precedent for this type of activation to be scaled globally and harness the potential for a deeper relationship within Rusutsu Resort’s network, allowing us to integrate Nouns branding further.

Thanks for your time and consideration!

Thank you for reading this far!

We’re here to answer any questions and listen to feedback for a couple of days before we put this proposal onchain.

Thanks frens. I’m here as well so feel free to hit me up with any questions and comments as well

Absolutely love the idea and excited about the possibilities for all sorts of excellent things we all can do with signage, merchandise, AR and other forms of media with you. Great job on putting this together

Thank you! Super excited to finally get the ball rolling!

Thanks Klim!
I am too! Looking forward to chatting more about some of the opportunities.

This is awesome guys! If our prop passes we will be sending some whisky your way in 2026 to keep everyone warm. Cheers.

We hope so too. There are so many opportunities when dealing with a wholly owned and operated resort partner. Brand, lodging, food and beverage, season specific activities, retail, conferences. We’re excited with what long-term activations and partnerships can develop into.

@Benbodhi this is really cool

. Love that you are using POAPs etc as a way of measuring reach.

Absolutley! we do a lot of work with Disney Consumer products , Universal and other brands that have huge IRL activations so I see the potential of doing this and look forward to playing with you when the time comes

Thank you!
We’re definitely going to try and capture as much data as possible and poaps are a great way for quick, easy and free onboarding.
We’ve got a few other ideas up our sleeve similar to poaps too.

This is an amazing initiative and the cost is relatively low for the deliverables. No feedback other than HELL YES (and, make sure we include something on the Noggles like “Don’t wear these when skiiing”!)

Great job guys- looking forward to this one

Haha yeah, that will be interesting if people try and wear them as goggles.
Would be epic to make some IRL snoggles though eventually. For now it’s likely going to be Klim’s lofi noggles.

Appreciate the feedback and support🙏

FYI these things are Pretty safe after all of the hoops we had to go through remaking the entire production run to make it up to code (*protective eyewear WTF?) the next run will have UV coating on the lenses to actually offer some protection =)

Just updating this post with the link to the proposal onchain:

One Noun, every day, forever. Nouns DAO is an experiment on the Ethereum blockchain.

Thanks legend! Appreciate the support

Has anyone noted that it is only Ugly DAO people that post praise to each other on Discourse? Let us not forget @Benbodhi is the owner of Ugly DAO along with @toadyhawk.

It appears there is a group of people that have figured out how to play the Nouns system very well. They know how to write their proposals. They seem to all know each other and go around telling everyone what a great job they are doing.

And they convince Nouns they are doing something groundbreaking as they do unremarkable things and get overpaid for doing it. Anyone looking from the outside and I presume many on the inside know its burning Eth needlessly. Passing proposals like this does more harm than good. It damages the Nouns brand when others recognize that by purchasing a Noun they are throwing their Eth away like this. It reduces morale for other participants when they see the game that is being played to pass proposals like this. 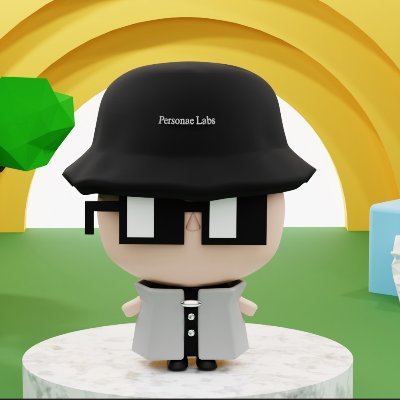 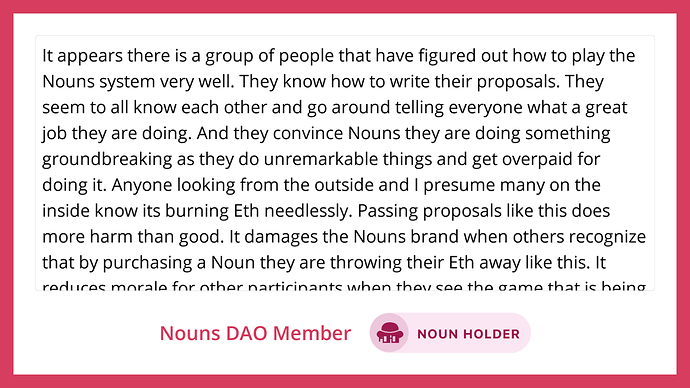