BRAZIL-Video: You can help 50 families from shantytowns have food in christmas

Below is my Pro House proposal for the “Nounish Holidays in 30 Cities”. The submissions ends today, but maybe if there is any important feedback I might submit again and delete the original submission below. Worst case scenario, I might get some exposure here and win some votes … or a least one , Hello @noun22, hello @jacob, hello @toadyhawk, hello @Sam …

BRAZIL-VIDEO: You can help 50 families from shantytowns have food in christmas

You can make a difference for 50 families, from shantytowns that don’t even have bathrooms, to have a christmas dinner. 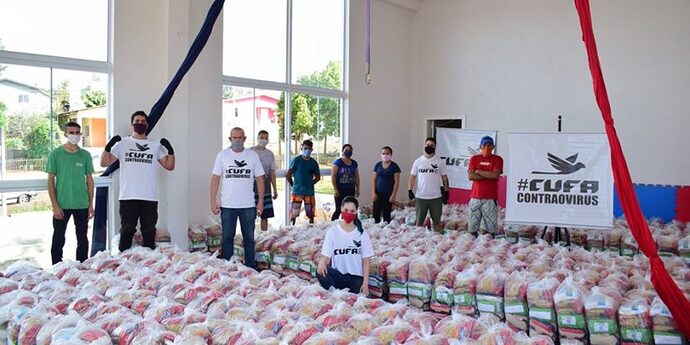 In the image above, 4 CUFA PE team members and 6 volunteers, preparing food donation for 500 families.

TLDR: A large national brazilian NGO (called CUFA) will organize a christmas evento to help 2,000 families from brazilian shantytowns called Favelas. We plan on providing food (chicken and panettone bread) for 50 of those families for their christmas dinner. The cost should be about $12 per family.

Favelas are informal settlements or shantytowns in Brazil. They are typically located on the outskirts of cities and are often associated with poverty, crime, and a lack of basic services such as sewage and electricity. Many favelas are overcrowded and lack proper infrastructure, making them vulnerable to natural disasters such as landslides and floods. There are about thirteen thousand favelas in Brazil in 2022.

CUFA is the acronym for Central Única das Favelas, which translates to “Unique Center of the Favelas” in English. CUFA is a Brazilian organization that aims to empower and improve the lives of people living in favelas. The organization was founded in 1994 and has grown to include over 1,500 favela-based organizations across Brazil. CUFA works to promote the rights of favela residents, provide access to education and healthcare, and combat violence and discrimination. The organization also advocates for the inclusion of favela communities in decision-making processes and for the implementation of public policies that benefit favela residents.

CUFA PE, a state branch of CUFA in the state of Pernambuco, a state with about 9 million residents, is planning a Christmas campaign for the favela communities. Until December 20, CUFA PE will collect donations of food, toys, and clothes. The goal is to help 2,000 families. On December 23, CUFA PE will hold a Christmas action where they will distribute food and toys to families in need. The campaign will distribute everything that is collected in December. This event is important for the communities because it will provide much-needed assistance to families affected by the consequences of the pandemic and the economic recession.

We plan on providing food for 50 families during the CUFA PE event. We are grateful for the opportunity to contribute to this important cause and hope that our efforts will make a positive impact in the lives of the families we are able to help.

Your vote will make a difference for these 50 families. If you didn’t watch the video at the beginning of the test, please take 5 minutes to watch it now: 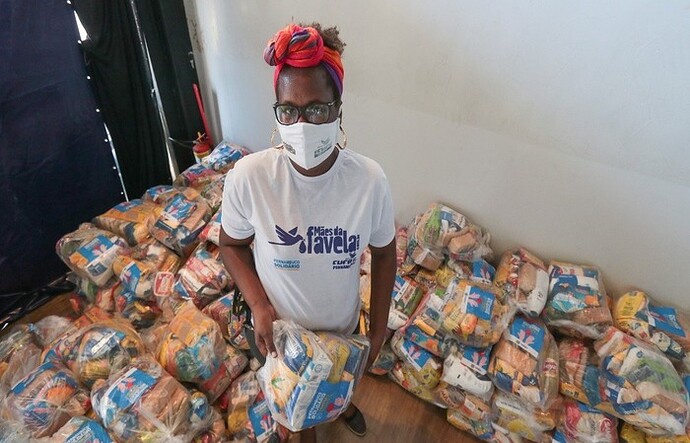 This is a unique proposal that can bring Nouns to an under-served population in an unforgettable way. It would be great if giveaway T-shirts or hats or Noggles could somehow be involved in the mix - to help solidify the memory - but would add to the expense, accordingly. My question at this point is why just 50 families for $600? Is there a cap? Otherwise, I’d suggest 500 families ($6,000 or < 5E atm) to make a bigger impact in this desperate situation.

First of all, thanks for your feedback. Yep, they are one of the most under-served populations in my area. About the amount of families it looks like in fact we can help 100 families instead of 50, but prop house does not allow us to update. The cap was 0.5eth for the proposal. 5eth we probably woul dbe able to help 1000 families (their goal is to help 2,000 families. They will already do that).

I decided to just make a t-shirt for me and my wife from our own money so that we could use the money from prophouse 100% for the food and help more families. And we would add stickers on the packages to take pictures, that would be the cheapest option.

Unfortunately, we need at least 6 votes on prophouse, but we did not receive any. The voting period ends in 10 hours.

For sure. I’ll keep an eye on future opportunities.
And I might still help with my own resources anyway.

Thanks again for the interest.

Hi @eduardocruz . I would like to learn more about your prop and idea in general. Please take a look at this prop. It is the first on-chain FOODNOUNS DAO prop. We are going to be working with a team in Africa to feed 500 people Jollof Rice.

We are very interested in partnering with builders in Brazil. Please join our server and share more with the chefs.